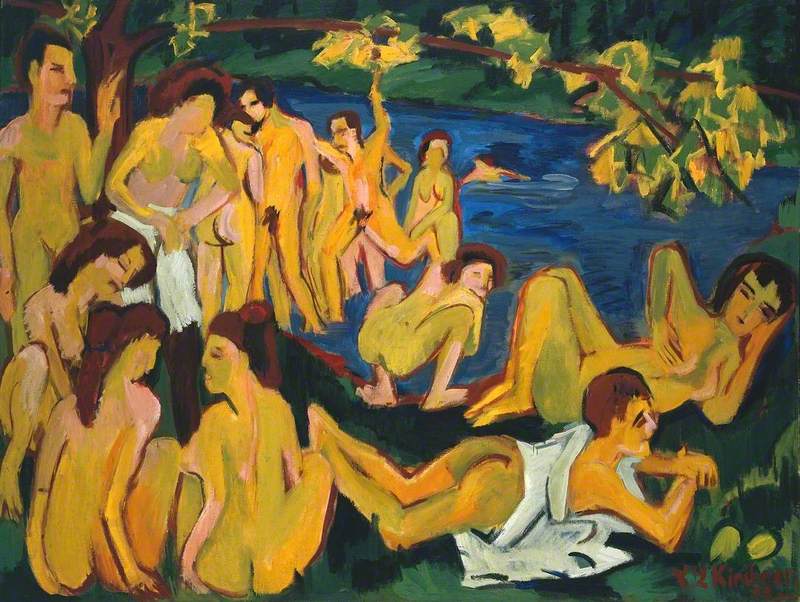 When used generally, with a small ‘e’, this is a term which implies heightened subjectivity or emotion, such as is found in Grünewald's great Isenheim altarpiece, completed in 1515, or the visionary art of El Greco. More specifically, it is employed with reference to two German movements of the early 20th century, Die Brücke and Der Blaue Reiter, both of which utilized heightened, non-naturalistic colour and striking forms to key up the emotional content of their work.

The term Expressionism became commonly used in Germany around 1910. Developed from the work of Symbolist artists, expressionist art movements across Germany and Austria emerged; including Die Brucke in Dresden and Der Blaue Reiter in Munich. Artists associated with these groups placed the expression of feelings over all else in their work through the bold use of colour, exaggeration of form and emphasis of the spiritual over the earthly. This short film tracks the story of Expressionism in art, from its beginnings in the early twentieth century, through to its influence on artists today.