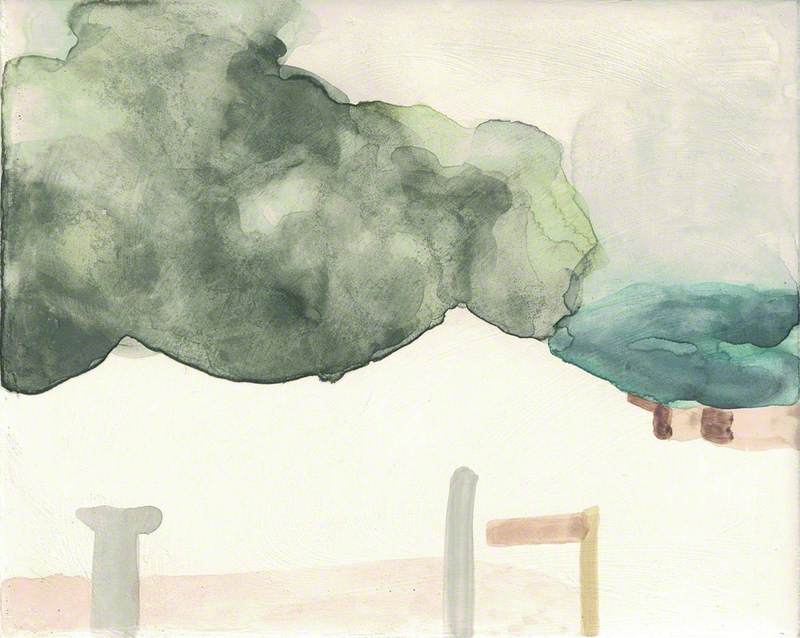 A type of paint in which water is the dispersal agent. The particles of pigment are bound together by a colloid, usually gum arabic, which is spread on to the painting surface, normally paper, by the action of a brush loaded with water. After the water has evaporated the pigments remain bound to the paper by the gum arabic. Most watercolour is transparent, allowing the white of the paper to shine through and giving a luminous effect determined by the degree of dilution of the watercolour.

Read more
However, when mixed with Chinese or lead white, the watercolour becomes opaque and is known variously as gouache or bodycolour. Varieties of opaque watercolour were used in medieval manuscript illumination. Some of the earliest watercolours in the modern sense were the landscapes and nature studies produced by the German painter Albrecht Dürer at the end of the 15th century. The materials necessary for the production of watercolours were compact and light and rapidly became popular with travellers, both professional and amateur artists, for the recording of their journeys. Originally these materials would have been purchased in unmixed form from the apothecary's shop, but by the later 18th century in Britain (where watercolour was particularly popular) they were manufactured in small cakes (as found in the watercolour box of today). In the 19th century they were also manufactured in tubes, similar to those used for oil paints. The early decades of the 19th century can justly be claimed as the great age of watercolour when its exponents included such masters as Cotman, Girtin, and Turner. They also saw the foundation of artists' societies specifically devoted to the promotion and exhibition of watercolours such as the Society of Painters in Watercolour (1804). During the Victorian era watercolours were avidly collected by the newly emerging industrial and middle classes and were particularly championed by the artist and critic John Ruskin. As a medium it has continued to be popular to the present day.