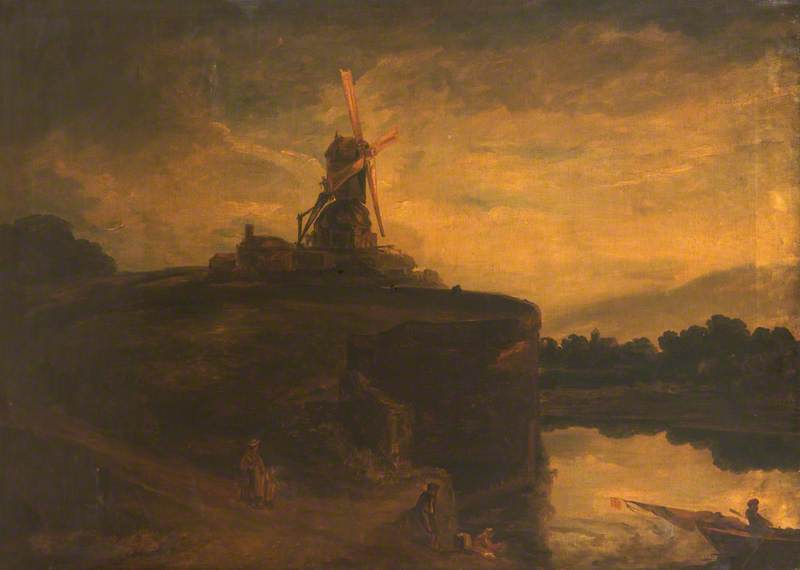 (b Norwich, 16 May 1782; d London, 24 July 1842). English landscape painter (mainly in watercolour) and etcher. He moved from Norwich to London in 1798, aged 16, and became a member of Dr Monro's circle. As far as is known, he had no formal tuition in art, but by 1800 he was already accomplished enough to have six of his watercolours accepted for the annual Royal Academy exhibition. Between 1800 and 1805 he made several sketching tours to Wales and Yorkshire and these resulted in some of his finest works. They did not bring him much success, however, and in 1806 he returned to his native city, where, together with Crome, he became the most important representative of the Norwich School. As well as depicting local scenery, he made several trips to France, which bore fruit in Architectural Antiquities of Normandy (1822), one of various books he illustrated with his etchings.

Read more
In 1834 he moved to London to become professor of drawing at King's College, a position he held until his death. He was delighted to be offered the post, as he often had difficulty in making a living with his work and he was in debt at the time. Throughout his life he was also subject to periods of melancholia and despondency. Cotman's early watercolours, such as the celebrated Greta Bridge (c.1805, BM, London; a later version, 1810, is in the Castle Mus., Norwich), include some of the greatest examples of the classic English watercolour technique, showing remarkable boldness and sureness of hand. He used large flat washes to build up form in clearly defined planes and shapes of almost geometrical simplicity. In his later years, however, his style became much more flamboyant; he sometimes mixed flour or rice paste with his watercolours to produce an impasto that echoed the effects of oil paint. Throughout his career he also painted in oils, but this side of his work has been overshadowed by his achievements as a watercolourist.