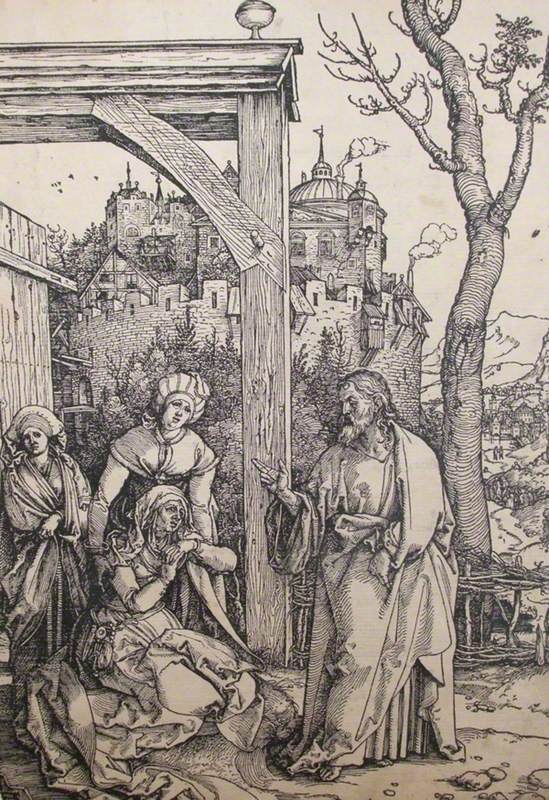 (b Nuremberg, 21 May 1471; d Nuremberg, 6 Apr. 1528). German printmaker, painter, draughtsman, and writer, the greatest figure of Renaissance art in northern Europe. He was the son of a goldsmith, Albrecht Dürer the Elder, who trained him in his profession. Both his grandfathers had also been goldsmiths, but from an early age Dürer had intellectual ambitions that reached far beyond the confines of the medieval craftsman's workshop. His godfather was Anton Koberger, Nuremberg's leading publisher, whose books were sent all over Europe, and his best friend from childhood was Willibald Pirckheimer, a lawyer and classical scholar who had the best private library in Germany. In 1486, aged 15, Dürer left his father's workshop to study with Michael Wolgemut, the leading local painter.