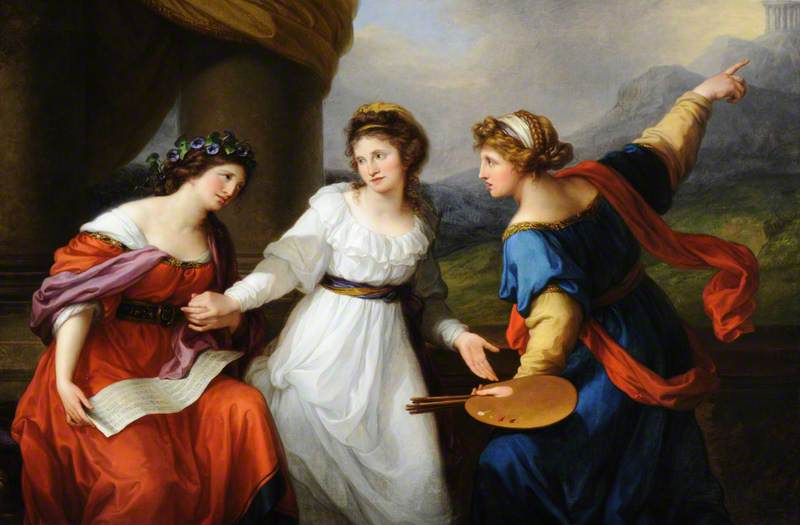 Now understood to describe the classicizing style which evolved in European art of the later 18th and early 19th centuries in reaction to the florid sensuality of the Rococo. It embraced the fine and decorative arts and architecture, and its masters included the painter David (The Oath of the Horatii, Louvre, Paris), the sculptor Canova, and the architects Ledoux and Soane. The term was actually devised later, in the 1880s, and was originally pejorative, denoting 'pseudo-classical', and particularly directed at Jacques-Louis David and his school.

Neoclassicism is now seen to have achieved a purity of expression, however, and would have been referred to by its practitioners as the 'true' or 'correct' style. It was based on the study of antique art, which was to be imitated but not slavishly copied, and thus embody what were perceived to be the general and permanent principles of the visual arts as formulated by the ancients. Its first great theorist was J. J. Winckelmann (1717–68), whose Reflections on the Painting and Sculpture of the Greeks was published in English translation in 1765.