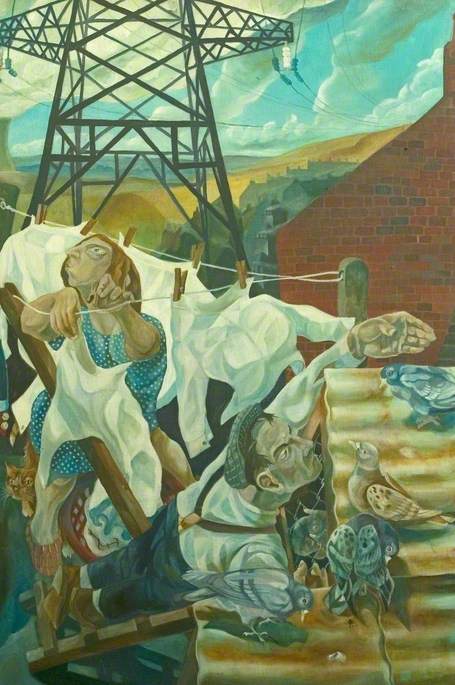 Chris Tunwell (b.1959) and Patients & Staff of the Occupational Therapy Dept

The role of cats in the history of art is richer than their modern place in the home would suggest. They were domesticated thousands of years ago, originally as vermin control and then as pets. But their renowned sense of independence and other characteristics have led them to be associated with witches and lust, as well as with cleanliness and sensual beauty.

Indeed, cats are seldom depicted favourably in art until the nineteenth century when, through breeding, their dominant role became that of the household pet. Historically they are more often depicted stealing or scrounging for food or fighting.