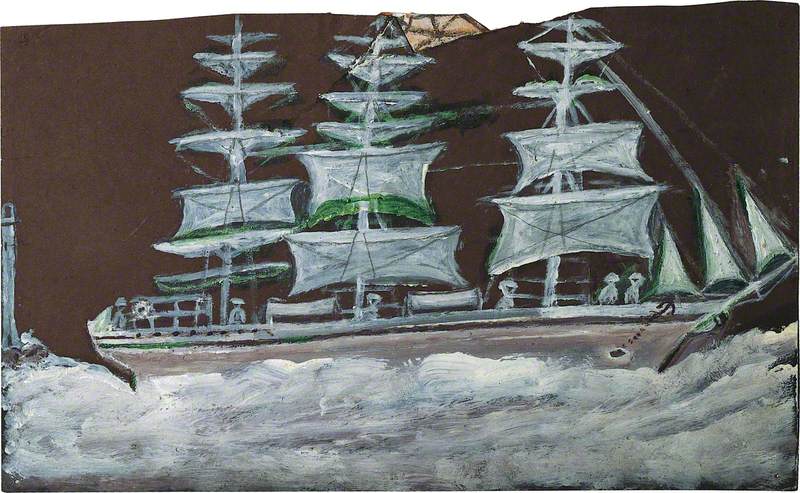 The Pier Arts Centre
(b Devonport, 8 Aug. 1855; d Madron, nr. Penzance, Cornwall, 29 Aug. 1942). British naive painter of sailing ships and landscapes. He went to sea as a cabin boy and cook at the age of 9, and from about 1880 worked as a fisherman in Cornwall. In 1890 he opened a rag-and-bone store in St Ives and after retiring from this did odd jobs, including selling ice cream. He began to paint in 1925 to ease the loneliness he felt after his wife's death and was discovered by Ben Nicholson and Christopher Wood in 1928, the unselfconscious vigour of his work making a powerful impression on them. Wallis painted from memory and imagination, usually working with ship's paint on scraps of cardboard or wood. Although he rapidly became the best known of British naive artists, he died in a workhouse.