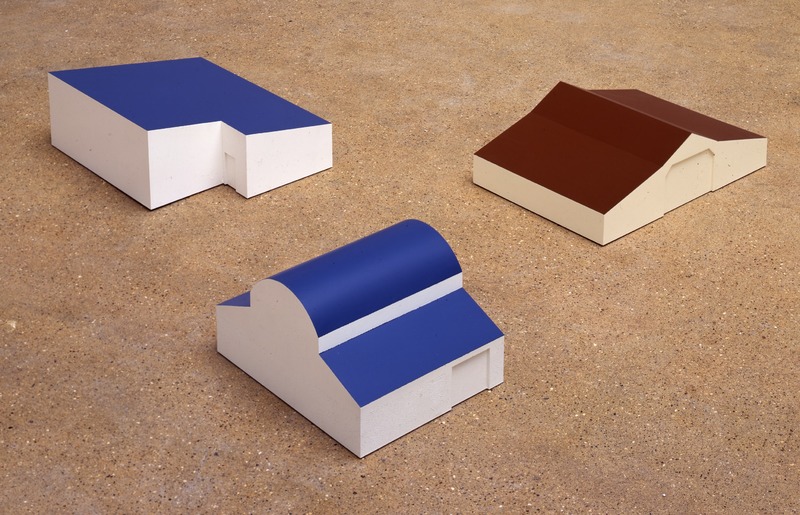 Imagine you are landing (three barns) 1994

Julian Opie. British sculptor and painter, born in London, where he studied at *Goldsmiths College. He first became noted in the 1980s for sculpture in steel in which the surface and colours of the objects were represented semi-illusionistically in vigorously handled paint. This fitted in with the art world's fascination with the ideas of Jean *Baudrillard about ‘simulation’. Opie represented both ordinary objects and ‘Old Master’ paintings. Eat Dirt Art History was the title of one work. He followed up such works with abstract structures in wood or Perspex suggesting modernist buildings that were impossible to enter. As a painter he has developed a readily recognizable style, with simple hard black outlines and dots for eyes. This gained wider public recognition when in 2000 he designed an album cover for the pop group Blur.

Read more
Opie has animated drawings both with computer and with LED display. In 2008 he designed the ballet Infra for the Royal Opera House, Covent Garden.