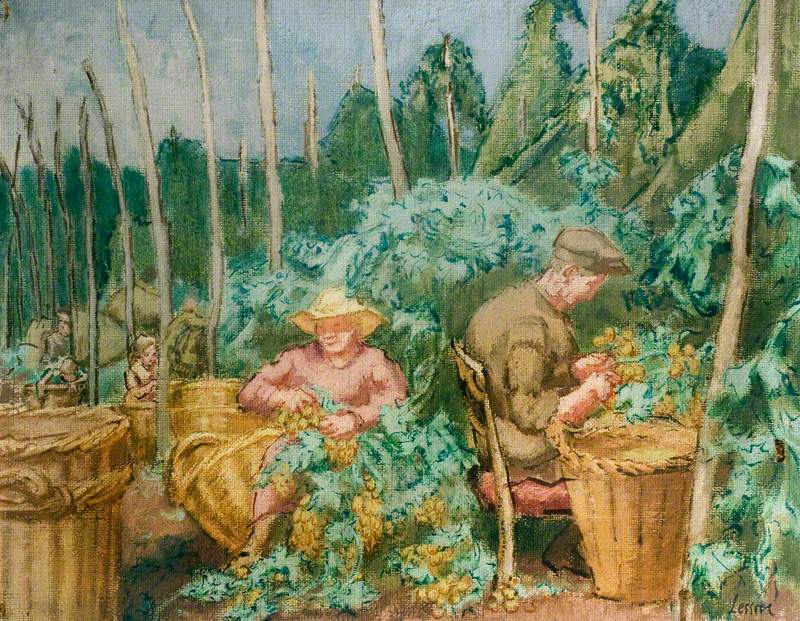 The Collection: Art & Archaeology in Lincolnshire (Usher Gallery)
Artist, daughter of the painter Jules Lessore and sister of the sculptor Frederick Lessore. She was the third wife of the painter Walter Sickert, who described her as “a Persian miniature”, having previously been married to the artist Bernard Adeney. She was born in Brighton and after attending the South-Western Polytechnic Art School was at Slade School of Fine Art, 1904–9, where she won the Melville Nettleship Prize for Figure Composition. She showed at LG, NEAC and Goupil Gallery and had first solo exhibition at Eldar Gallery, with a catalogue preface by Sickert. She married him in 1926, shared a love of the music-hall and circus with him, which was reflected in her work, and nursed him until his death.