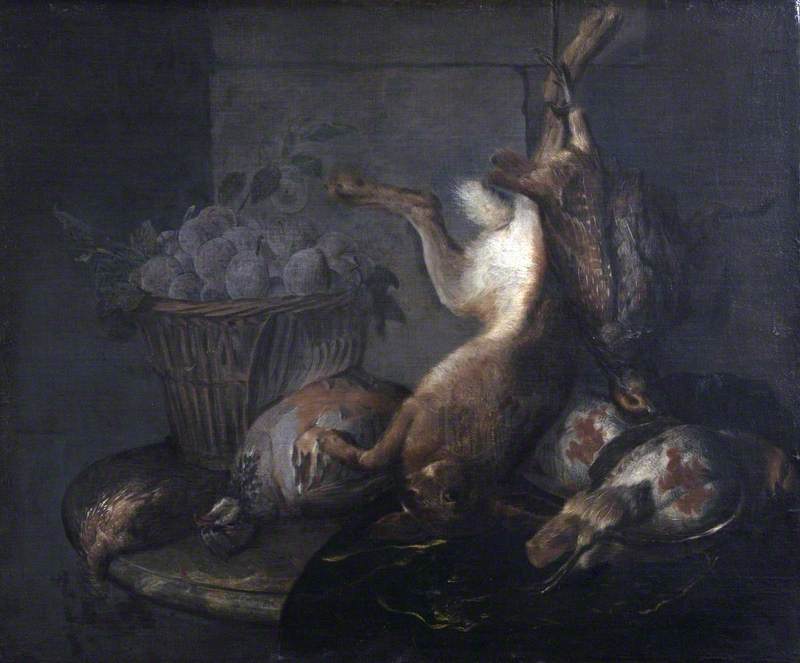 (b Champigneulle [Champigneulle-en-Argonne], nr. Varennes, 24 Feb. 1661; d Paris, 20 Apr. 1743). French painter, mainly of animal and still-life subjects. In his early career he worked much as a portraitist, notably in 1695–6 at the court of Jan Sobieski (John III) in Poland, but on his return to France he took up subjects related to the hunt, especially pictures of dogs with dead game. He became a leading specialist in his field, rivalled only by Oudry, and his patrons included Louis XIV, Louis XV, and a host of aristocrats (he was also appreciated in England, which he visited in 1712). Although he continued the lavish Flemish tradition exemplified by Snyders, Desportes was among the first artists of the 18th century to make landscape studies from nature for his backgrounds—a practice for which he was considered eccentric.

Read more
His work is well represented in the Louvre (which has his handsome Self-Portrait as a Huntsman, 1699) and in the Wallace Collection, London.