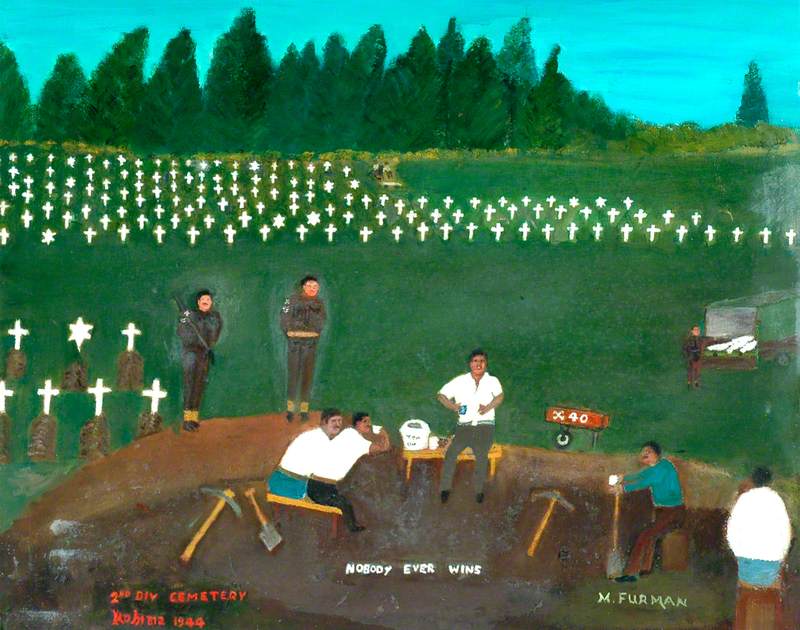 Burial of the Dead

The most important events of life have always been subjects for art. Stories from the Bible and from Greek and Roman mythology often revolve around such fundamental aspects of life. Many objects in art, for example skulls, carry universal meanings that were intended to educate, to inspire, or to warn the viewer.

From the seventeenth century, when human life itself became a more common subject, these events appealed more directly viewers’ own experiences. Portraits were often commissioned to mark such occasions, especially marriages, with their strong message of love and family alliance. The moments of birth and death themselves are less often depicted in their sometimes grim reality, though death masks are a reminder of such occasions.