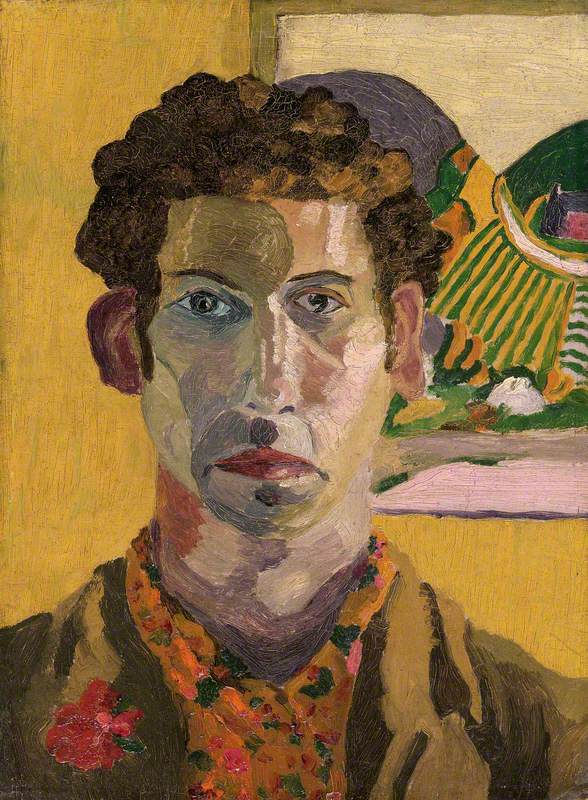 British painter and teacher, born at Sketty, Glamorgan, the son of Sir George Lockwood Morris, to whose baronetcy he succeeded in 1947. He took up art seriously shortly before the First World War; he attended various academies in Paris but was essentially self-taught. During the war, his delicate health prevented him from enlisting in the army, but he was a good horseman and helped *Munnings in training horses that were to be sent to the Front. Soon after the end of the war Morris met the painter Arthur Lett-Haines (1894–1978), and although each had other liaisons, they lived together until Lett's death sixty years later. After a short period in Newlyn (see Newlyn School), 1919–20, they lived in Paris from 1921 to 1926, then London from 1926 to 1929, before settling in East Anglia.

Read more
In 1937 they founded the East Anglian School of Painting and Drawing, originally at Dedham, Essex, then from 1940 at Hadleigh, Suffolk, where they lived permanently from this date. The school was anti-academic in approach: ‘what the pupil felt about appearances mattered more than what he or she saw: drawing, dictated by feeling, could employ emotive distortion’ (Frances Spalding, British Art Since 1900, 1986). Well-known students of the school include Lucian *Freud and Maggi *Hambling, both of whom felt they profited greatly from the teaching. Morris's work included portraits, landscapes, and still-lifes, but he is best known for his paintings of flowers, done in startlingly vivid colours. Lett-Haines was a very different kind of artist—more experimental and concerned with symbolism. Morris became fairly well known and successful between the wars (he exhibited with the *Seven & Five Society from 1926 to 1932). After about 1940, however, he sank from fashionable consciousness, although he remained an admired figure in East Anglia. He gave up painting in 1975 because of failing eyesight, but he lived long enough to see the beginnings of a revival of interest in his work. Further Reading R. Morphet, Cedric Morris (1984)