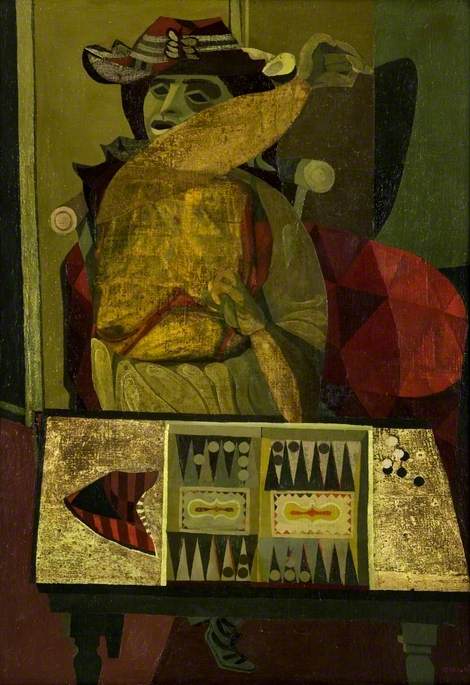 Glasgow Museums
British painter and theatre designer, born at Maybole, Ayrshire. After working for five years as an engineer in a factory, he studied at *Glasgow School of Art, 1932–7. He formed an inseparable relationship with his fellow student Robert *Colquhoun and they lived and worked together until the latter's death in 1962. MacBryde himself consistently maintained that Colquhoun was the dominant figure artistically, and his own work (mainly still-lifes and figure subjects) has been overshadowed by that of his partner. Colquhoun was certainly the more imaginative, but some critics maintain that MacBryde had a better sense of colour.