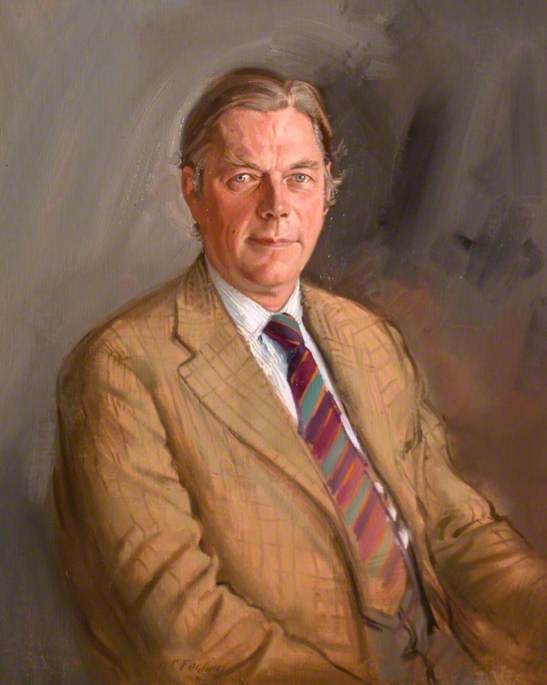 Self-taught portrait painter, born in Chalford, Gloucestershire, who lived in London and Northumberland for many years. He attended Ampleforth College, where his art teacher was the sculptor John Bunting. His father was Field-Marshal Sir Francis Festing and he was also a soldier, 1960–8. He worked at Sotheby’s, 1968–81, being director of the English picture department, 1971–81, then took up painting full-time. Showed annually with RP from 1981, becoming a member in 1989, in 2000 being appointed vice-president, in 2002 president. Painted portraits of many well-known people, including HM Queen Elizabeth II and other members of the royal family. The Royal Collection, National Portrait Gallery, House of Lords, House of Commons, Marylebone Cricket Club at Lord’s and National Gallery of Ireland, Dublin, hold examples.

Read more
Festing’s recreations were hunting, shooting, fishing and gardening; his portrait of the Northumbrian huntsman Owen Balding was included in the RP exhibitions People’s Portraits, which toured in 2000–1, including DLI Museum & Art Gallery, Durham. As well as maintaining a studio in London, Festing lived at Colwell, near Hexham, Northumberland, for many years.