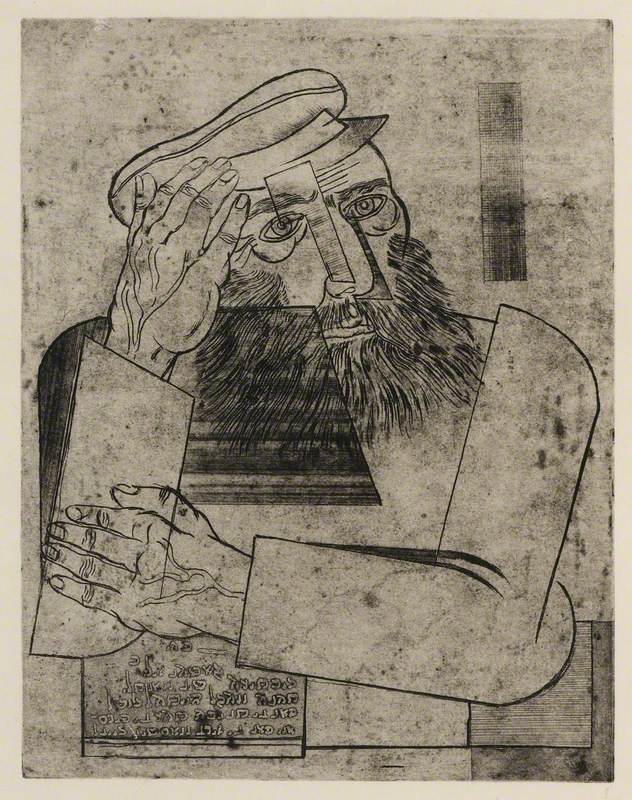 Polish painter. He was born at Tuszyn, near Łódź, and studied in Germany at the School of Arts and Crafts in Barmen (now part of Wuppertal), 1913–14. In about 1922 he settled in Düsseldorf, where he became a friend of Paul *Klee and painted several murals, including frescos for the Planetarium. He left Germany in 1933 because of the rise of Nazism and travelled widely in the next few years, living mainly in Paris, where he worked with *Hayter at Atelier 17. On the outbreak of war he joined the Polish army in France and in 1940 was evacuated to Britain, where he lived for the rest of his life, first in Scotland and then from 1943 in London. Adler was primarily a figure painter, best known for his portrayals of Jewish life in Poland (as a youth he had considered becoming a rabbi).

Read more
His style in his mature work was eclectic and expressionistic, influenced by Klee and *Picasso. In turn his cosmopolitanism was a stimulus against wartime isolation for several young British artists, notably *Colquhoun and *MacBryde (in the mid-1940s Adler shared a house with them in Bedford Gardens, London).