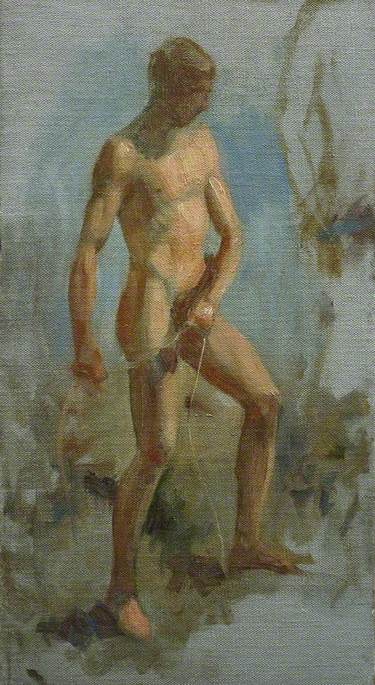 Study for 'Charlie Throwing the Line'

Hunting deer and boar was traditionally the preserve of the upper classes, sometimes even restricted to royalty. Greek mythology tells the stories, often depicted in art, of the goddess Diana and Actaeon, both hunters, and of Venus and her love for Adonis, who was killed by a boar while hunting. From Uccello’s The Hunt in the Forest of c.1470, to the mid-seventeenth century Boar Hunt by the studio of Frans Snyders, to Landseer’s gruesome The Otter Speared… of c.1844, hunting has been a popular subject in all times and places.

Fishing as a sport and hobby is less restricted and less obviously dramatic and violent. Frequently portrayed as part of a rural landscape, fishing can symbolise a more peaceful relationship between mankind and nature.