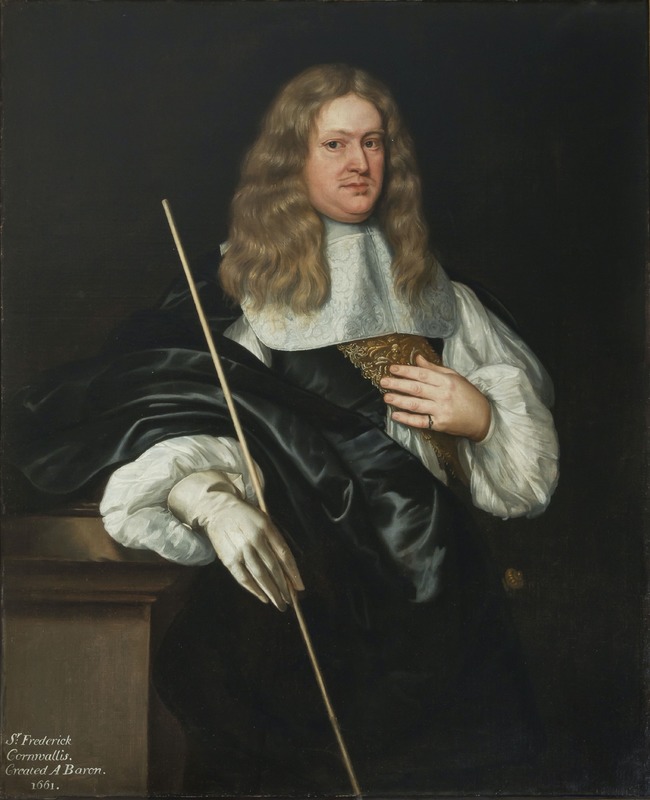 (bapt. London, 25 May 1617; bur. London, 1 Aug. 1694). English portrait painter. He was apprenticed to George Jamesone in Edinburgh, 1636–41, then spent a long period abroad, chiefly in Rome, where in 1648 he became a member of the Accademia di S. Luca (see academy), the only British painter of the 17th century to have this distinction. On his return to England in 1656 he won many patrons among his fellow Catholics and became Lely's chief rival, although he never had his great worldly success and died in modest circumstances. His style was less glossy than Lely's but more penetrating and individual in characterization, his sitters tending to look thoughtful rather than merely glamorous (Magdalen Aston, Castle Mus., Nottingham). Wright's most unusual work is an allegorical ceiling painting (Castle Mus.

Read more
) done for Charles II's bedroom at Whitehall Palace; it cannot be considered a success, but it is interesting as an attempt at Baroque decoration by someone familiar with the works of Pietro da Cortona (whom he described as ‘the greatest master of his time’). Wright was a collector, antiquarian, and scholar, a man of considerable culture: in 1685–7 he accompanied an embassy from James II to Pope Innocent XI and wrote an account of it in Italian, published in 1687 (Eng. trans., 1688).