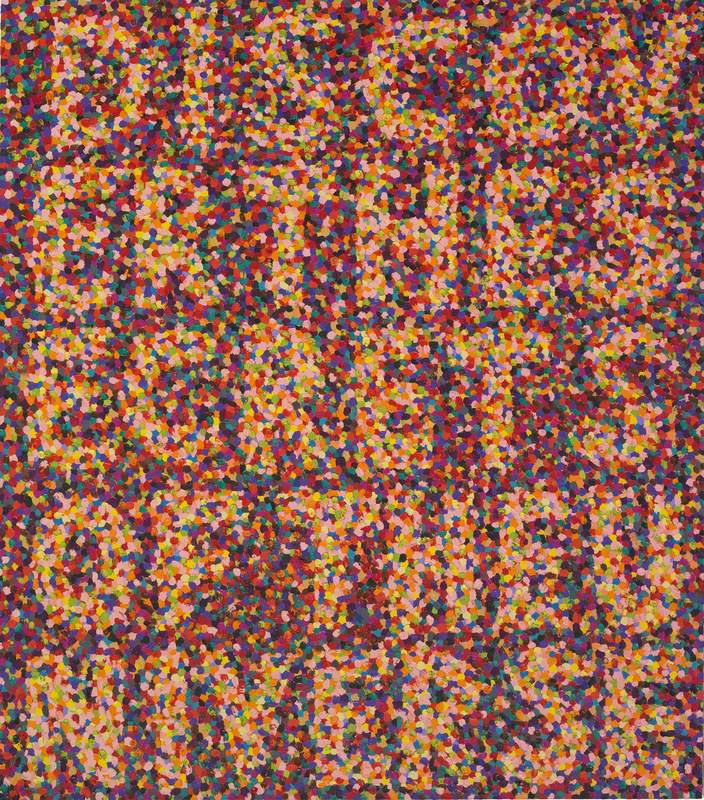 Discover the Secrets of the Universe 1991

Painter, born in London where she continued to work. She studied at Brighton Polytechnic, 1977–8, St Martin’s School of Art, 1978–81, and Chelsea School of Art, 1981–2. She showed in Figuring out the 80s, Laing Art Gallery, Newcastle upon Tyne, 1988, and in same year The New British Painting, Cincinnati and American tour; and 21st Cagnes-sur-Mer International Painting Festival, 1989. In 1989–90 John Moores Liverpool Exhibition she was third prize winner. She was a solo exhibitor at Edward Totah Gallery from 1985 and in 1990 a touring one-man show was based at Ikon Gallery, Birmingham. Treister’s work Can You Open the Box?, of 1992, was in that year included in the exhibition Women’s Art at New Hall, Cambridge. It stemmed from Treister’s development of her earlier interest in paintings relating to video games into the use of computer images.