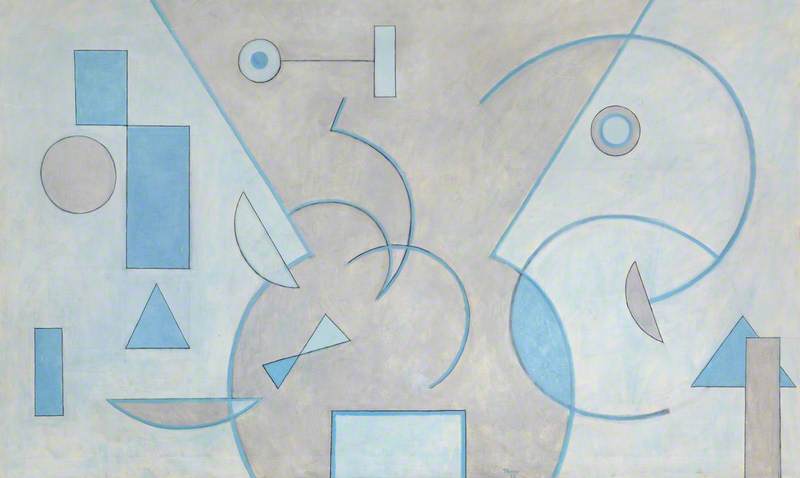 Painter and teacher, born in Edinburgh. He was early interested in painting through his friendship with the Peploe family, and from 1929–33 studied at Edinburgh College of Art with S J Peploe, William Gillies and D M Sutherland. From 1934–6 more studies followed at Slade School of Fine Art, at several schools in Paris including Atelier Colarossi, then in Italy, Belgium and Germany; he had gained a travelling scholarship from Edinburgh College of Art and an Andrew Grant Fellowship. Began part-time teaching at Loretto School, Musselburgh in 1937, to which he returned, after war service, in 1946, full-time. From 1951–77 he taught at Gray’s School of Art, in Aberdeen, then started painting full-time. Thoms was a prominent member of SSA, being its president in 1949; exhibited regularly with RSA from 1928.

Read more
Thoms’ great breakthrough stemmed from his seeing the 1963 Miró retrospective at the Tate Gallery, and his first one-man show at Scottish Gallery, Edinburgh, in 1966 was called “the dreamworld of re-born Thoms”. From then on his work strove to emulate the colour and wit of Miró and Klee. Thoms had a retrospective at Artspace Galleries, Aberdeen, in 1984. Later shows included Aberdeen University in 1988 and England & Co, 1989 and 1992. Scottish Arts Council and Aberdeen and Kirkcaldy Art Galleries hold his work. Lived finally in Edinburgh after many years in Aberdeen.