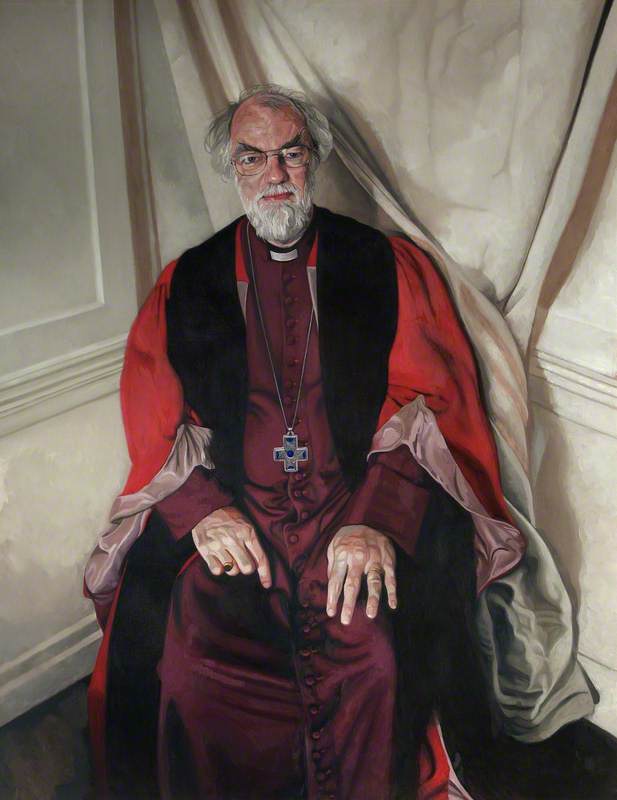 Rowan Williams (b.1950), Archbishop of Canterbury

Painter, originally exhibited as Vida Russell, who studied at Dartington College of Art, 1981–3, Central St Martins College, 1991–4, and earned a postgraduate diploma at Royal Academy Schools, 1994–6. In 1996 she gained first prize at MAFA annual exhibition, the Eric Kennington Award for Best Academic Drawing and W H Patterson Award for Painting. Russell began exhibiting in 1983, including The Blue Gallery, Contemporary Art Society and at Art ’95. In 1995 she had a solo exhibition at Phillips Contemporary Art in Manchester, 1995, with one at Cassian de Vere Cole Fine Art, 1996. There Russell showed paintings of women in baths, influenced by icons, late Titian and Rembrandt, in which she was “concentrating on stillness and contemplation”.

Read more
The pictures emerged “out of an earthy darkness, focusing on surfaces, touch, skin, decay, transience. Like an archeological dig these bodies are uncovered”. She had solo shows at Elgin, 2000 (the year she won the BP Portrait Award at National Portrait Gallery with Two Women in White, a portrait of two lesbian friends), 2001 and 2002. Lived in London.