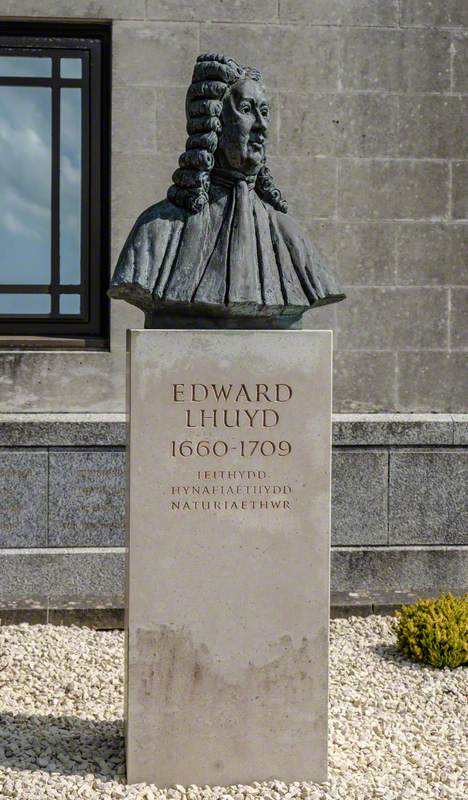 Sculptor, draughtsman and teacher, born at Llanuwchllyn, Bala, Merionethshire. He worked in a variety of materials, his sculptures amalgamating natural, human and other forms with a strong literary or spiritual content. Morris obtained his diploma from Liverpool College of Art, 1955–9; did a postgraduate sculpture year there, 1959–60; qualified as a teacher at Liverpool University, 1960–1; then in 1989 gained his Master of Philosophy degree from University of North Wales, Bangor, research on Celtic La Tène art. Morris lectured at Mid-Warwickshire School of Art, Leamington Spa, 1964–6; at the University of Kumasi, Ghana, 1966–8; and at University of Wales, Aberystwyth, 1968–81; from 1981–5 being a sculptor and researcher; then took early retirement to be a professional sculptor in 1990 after five years as head of art at the Normal College, Bangor.