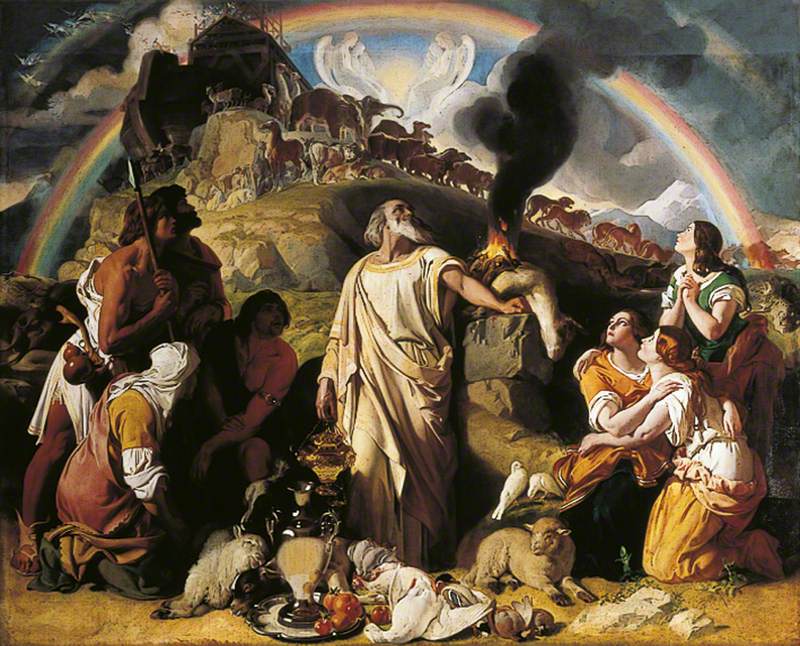 (bapt. Cork, 2 Feb. [b ?25 Jan.] 1806; d London, 25 Apr. 1870). Irish painter and caricaturist, active for almost all his career in London, where he moved in 1827 to study at the Royal Academy. An outstanding draughtsman, Maclise became the leading British history painter of his period, his most prestigious commissions being two enormous murals in the House of Lords: the Meeting of Wellington and Blücher at Waterloo (completed 1861) and the Death of Nelson at Trafalgar (completed 1865). They were done in the water-glass technique and are poorly preserved (a sketch for the Nelson in the Walker Art Gallery, Liverpool, gives an idea of the original colouring), but they are powerful works—fully coherent in spite of the huge numbers of figures involved—and they remain the most stirring examples of his heroic powers of design.

Read more
Maclise was handsome, charming, and popular with fellow artists (although he was prone to depression in later life), and Frith wrote that he was spoken of in academic circles as ‘out and away the greatest artist that ever lived’. Grandiose history painting was only one side to his talent, however, for he also excelled as a caricaturist, and is particularly noted for a series of character portraits of literary men and women. There are several examples of his conventional portraits in the National Portrait Gallery, London, including a well-known one of his close friend Charles Dickens (1839).