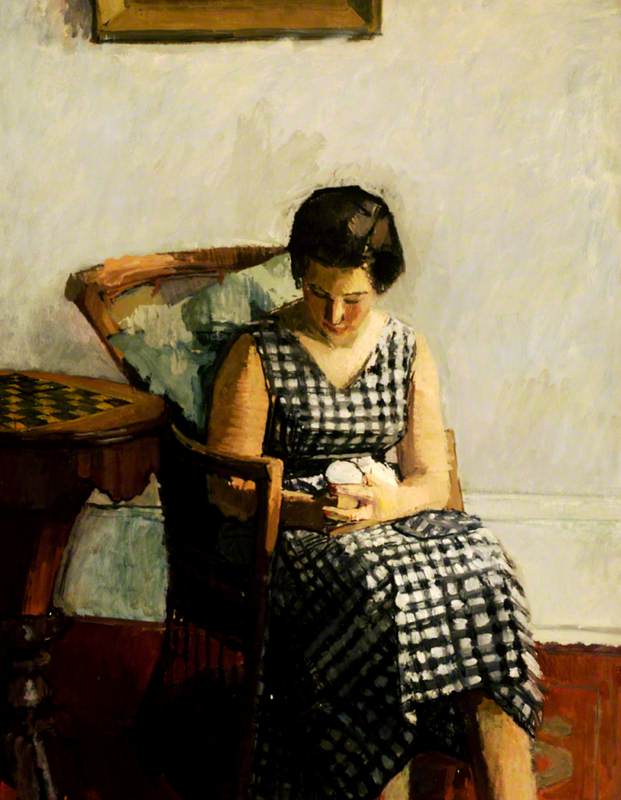 Painter and teacher, full name Richard Dale Lee, born in Bulawayo, then Southern Rhodesia. He was initially educated there, then attended Camberwell School of Arts and Crafts, 1947–50, under William Coldstream, Claude Rogers, Victor Pasmore and other Euston Road School-associated artists, whose style left a strong influence on his work. Primarily a landscape and interior painter, he chose to work on the spot, his pictures retaining a freshness and spontaneity. He was awarded an Abbey Major Scholarship in 1951, then two years later began teaching at Camberwell, where he remained until 1982. Took part in many mixed shows, including LG, RA, Leicester Galleries, AIA, New Grafton Gallery and elsewhere. Prize winner, 1985, Tolly Cobbold, and 1992, Hunting Group exhibitions.

Read more
Had show with Francis Hoyland at Galerie de Seine in 1958, later solo series including New Grafton Gallery, 1970–92; Cadogan Contemporary and School House Gallery, Wighton, both 1988–95; Chappel Galleries, 2000; and Browse & Darby, 2001. Lived in London for many years, later in Norfolk with a house in Normandy, France.