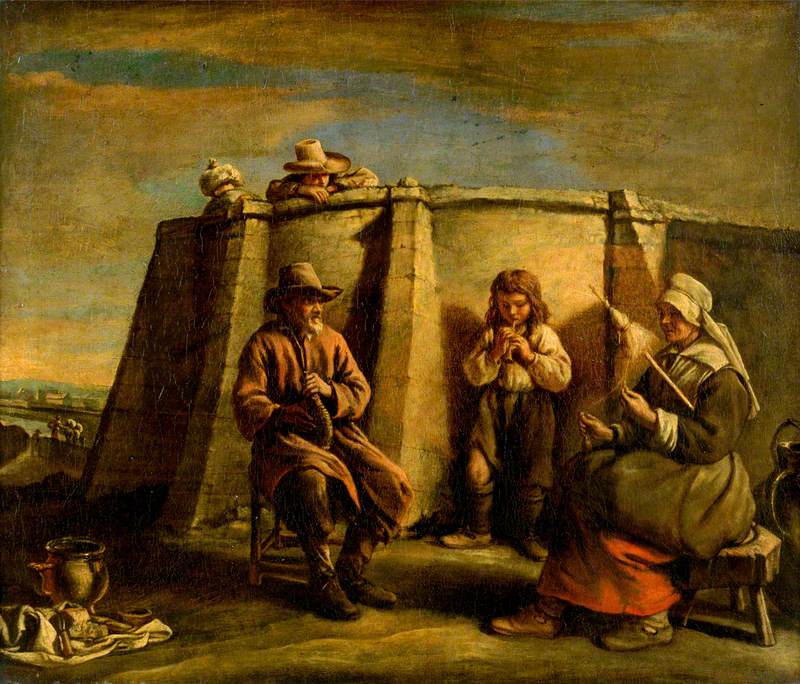 French painters, brothers, who came from Laon but had all moved to Paris by 1630. The traditional birthdates for Antoine and Louis are 1588 and 1593 respectively, but it is now thought likely that they were born around 1600, so that all three brothers were of much the same age. Mathieu was made painter to the city of Paris in 1633, and all three were foundation members of the Académie Royale (see academy) in 1648 (two months after its first meeting, Antoine and Louis died within days of each other, presumably of some contagious illness).

Read more
Apart from this, little is known of their careers and the attribution of works to one or the other of them is fraught with difficulty and controversy, for such paintings as are signed bear only their surname, and of those that are dated none is later than 1648, when all were still alive. The finest and most original works associated with the brothers—powerful and dignified genre scenes of peasants—are traditionally given to Louis; Antoine has been credited with a group of richly coloured family scenes, mainly on copper; and in a third group, traditionally attributed to Mathieu, are paintings of a more eclectic style, chiefly portraits and group portraits in a manner suggesting influence from Holland. All these pictures are fairly small, but there are also some slightly larger paintings, mainly of religious subjects, associated with the brothers. Examples of all these types are in the Louvre, Paris. Early accounts of the brothers, as well as technical examination of the pictures, indicate that they sometimes collaborated, making the issue of assigning works to individual hands even more difficult. In 1978–9 a major exhibition in Paris brought together most of the pictures associated with the brothers, but it raised as many problems as it solved. It also, however, confirmed the stature of ‘Louis’, whose sympathetic and unaffected peasant scenes are the main reason why the Le Nains have attracted so much attention.