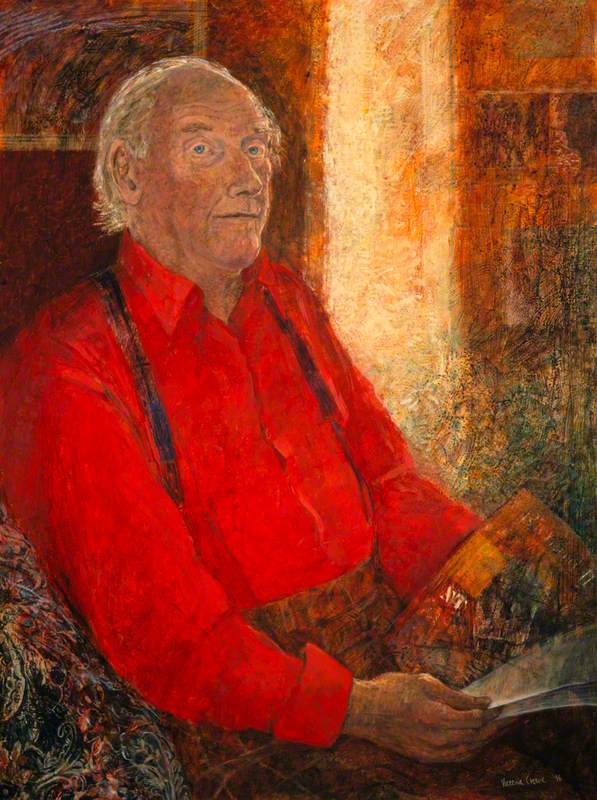 Painter, printmaker and teacher, born in Kingston upon Thames, Surrey. She studied at Kingston School of Art, 1961–5, and Royal College of Art, 1965–8. From 1968 she became a part-time lecturer at Edinburgh College of Art. Crowe won the David Murray Landscape Scholarship in 1968, the Anne Redpath Award in 1973, Scottish Arts Council Bursaries in 1969 and 1975 and the Glasgow Herald Art Exhibition Award in 1981. The following year she was elected RSW, since when she won a number of awards and prizes. Crowe showed extensively in mixed shows in Scotland and England. She had solo exhibitions at Waterhouse Gallery in 1969 and 1971, a series at Scottish Gallery, Edinburgh, in the 1970s, then at Thackeray Gallery, Mercury Gallery in Edinburgh, Fine Art Society in Edinburgh and Glasgow and Bruton Gallery, Somerset, in 1989.

Read more
In 2000, Crowe’s A Shepherd’s Life: Jenny Armstrong, at the Scottish National Portrait Gallery, Edinburgh, caught the atmosphere of the bleak Pentland Hills. This was a rare distinction for a living artist. Further solo shows included On Reflection at the Thackeray Gallery in 2005, celebrating the artist’s sixtieth birthday, her twenty-fifth year of association with the gallery and her tenth solo exhibition there. Thackeray was involved in the book Victoria Crowe Painted Insights, which appeared in 2001, including texts by the artist and her husband, the artist and lecturer Michael Walton. The profusely illustrated volume included fine examples of Crowe’s richly imaginative work as well as her many distinguished portraits, among her subjects the composer Ronald Stevenson, the poet Kathleen Raine and actor Graham Crowden. Scottish Arts Council, Scottish National Gallery of Modern Art and many other public collections hold her work. Lived at West Linton, Borders.