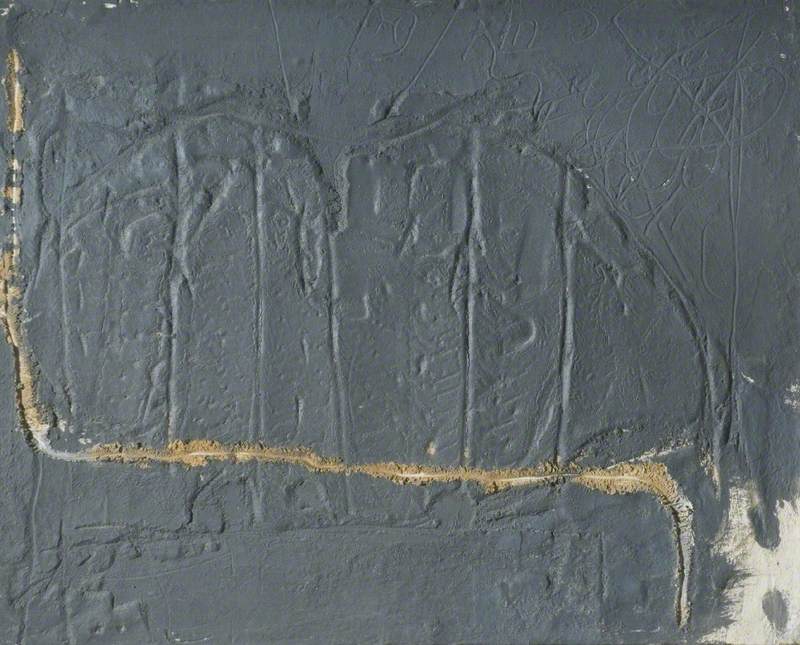 (b Barcelona, 13 Dec. 1923). The leading Spanish painter to emerge in the period since the Second World War, active mainly in Barcelona. He studied law at Barcelona University from 1943 to 1946 and was largely self-taught as an artist. His early works were in a Surrealist vein influenced by Klee and Miró, but in about 1953, after turning to abstraction, he began working in mixed media, in which he has made his most original contribution to art. He incorporated clay and marble dust in his paint and used discarded materials such as paper, string, and rags, and then (from about 1970) more substantial objects such as parts of furniture. He explained his belief in the validity of commonplace materials in his essay Nothing is Mean (1970). Tàpies has travelled extensively and his ideas have had worldwide influence.

Read more
Apart from paintings he has also made etchings and lithographs.