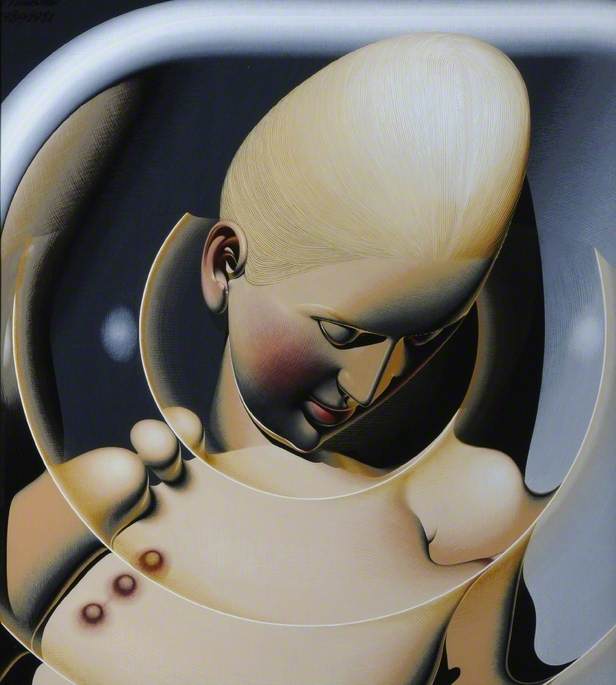 Painter, sculptor, draughtsman and teacher, born in Leeds. He studied painting at Leeds College of Art, 1953–5, returning there, 1957–60, after National Service. In 1960–2 he was a Rome Scholar in painting at the British School in Rome, after which he returned and took to sculpture, returning to painting in the early 1970s. Between 1962–70 Newsome taught at Leicester and Nottingham Schools of Art and Hull College of Art, then until 1977 was variously at Camberwell School of Arts and Crafts, Goldsmiths’ College, Brighton Polytechnic, Canterbury College of Art and Wimbledon and Chelsea Schools of Art. Among his awards was a Peter Stuyvesant Travel Bursary to America in 1966. From 1962 Newsome participated in many important group shows, even though he was by nature a slow worker.

Read more
He had his first solo exhibition, of sculpture, at Grabowski Gallery in 1966, showing later with Hester van Royen Gallery; the Ikon Gallery in Birmingham; Anne Berthoud Gallery; Ferens Art Gallery, Hull; and in 1987 he had a key one-man show at Marlborough Fine Art. That showed his continuing preoccupation with the female head and figure, accompanied by detailed drawings, exact yet enigmatic, calm and hieratic. He had a small retrospective at Grosvenor Gallery, 1999. Newsome’s work is held by Arts Council, Victoria & Albert Museum and other public collections. Lived in London.