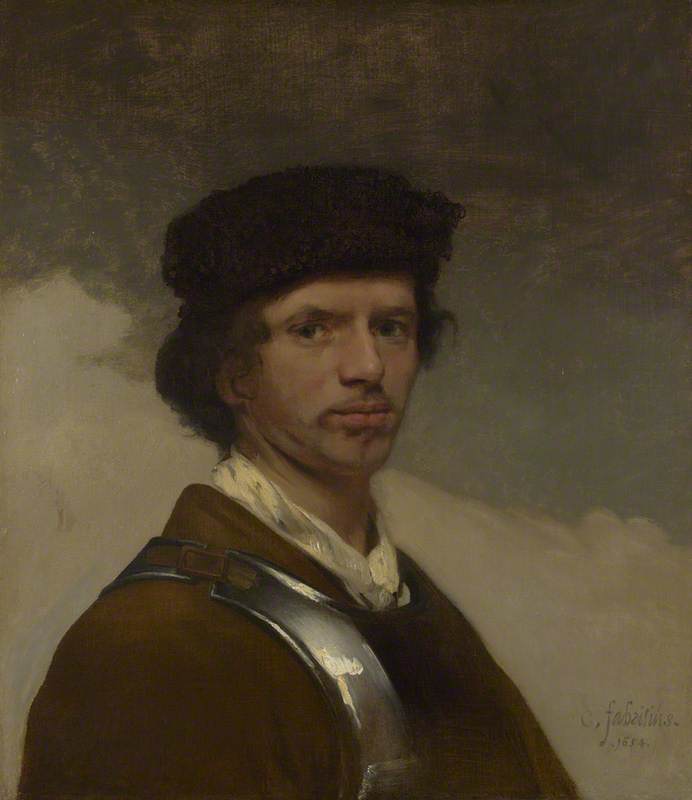 (bapt. Middenbeemster, nr. Hoorn, 27 Feb. 1622; d Delft, 12 Oct. 1654). Dutch painter. He was Rembrandt's most gifted pupil and a painter of outstanding originality and distinction, but he died tragically young when the Delft gunpowder magazine exploded, devastating the town, and only a tiny body of his work survives (much may have perished in the disaster). In his youth he worked as a carpenter and it was once thought that he derived his name from this profession (Lat., faber: ‘craftsman’), but it is now known that his father, an amateur painter, had used it. He was probably in Rembrandt's studio in the early 1640s and he settled in Delft in about 1650. Although only about a dozen paintings by him are known, they show great variety. His earliest works (Raising of Lazarus, c.

Read more
1645, Nat. Mus., Warsaw) are strongly influenced by Rembrandt, but he broke free from his master and developed a personal style marked by an exquisite feeling for cool colour harmonies and (even though he often worked on a small scale) unerring handling of a loaded brush (The Goldfinch, 1654, Mauritshuis, The Hague). These qualities, together with an interest in perspective, occur in the work of Vermeer, the greatest of Delft painters, and Fabritius certainly influenced him, although it is not likely (as is sometimes maintained) that he was his master, this distinction perhaps belonging to Bramer. Carel's brother Barent (1624–73) was also a painter, but of much lesser quality. He also may have studied with Rembrandt; his output consisted mainly of portraits and religious works.