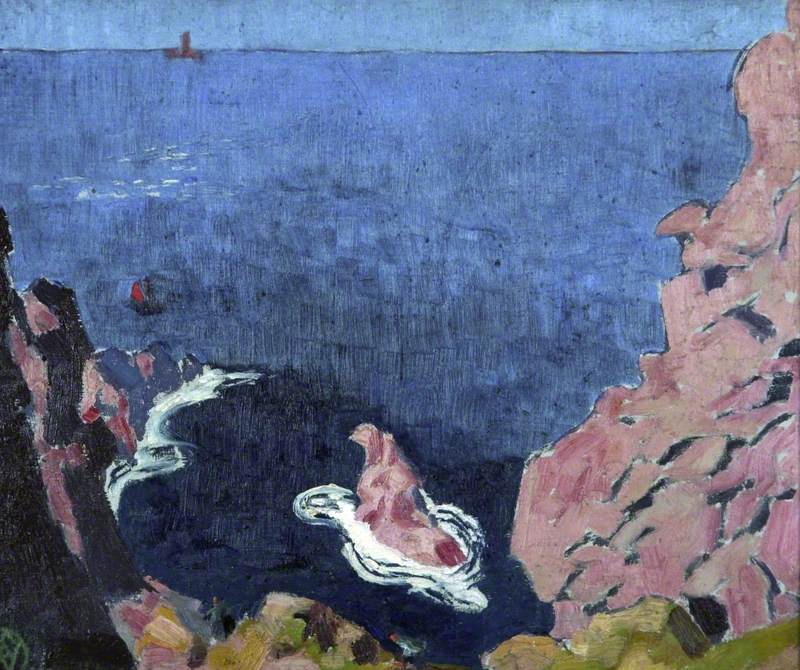 (b Granville, Normandy, 25 Nov. 1870; d Paris, 13 Nov. 1943). French painter, designer, lithographer, illustrator, and writer on art theory. Early in his career he was a Symbolist and a member of the Nabis. He was the chief theorist of the group and one of his articles, ‘Definition of Neo-Traditionalism’ (1890), contains a pronouncement that has become famous as an anticipation of the underlying principle of much modern—especially abstract—art: ‘Remember that a picture—before being a war horse or a nude woman or an anecdote—is essentially a flat surface covered with colours assembled in a certain order.

Read more
’ Denis's early work, strongly influenced by Gauguin, did indeed place great emphasis on flat patterning, but he did not intend to encourage non-representational art, for he was also very much concerned with subject matter: he was a devout Catholic and wanted to bring about a revival of religious painting. He carried out numerous church commissions, typically in a style that was tender and mild, with pale colours and relaxed lines, and he also did a good deal of secular decorative work. His most famous single picture is probably Homage to Cézanne (1900, Mus. d'Orsay, Paris) showing Denis himself and a number of Cézanne's other admirers, including Bonnard, Redon, Sérusier, and Vuillard, gathered round a still life by the master. His best paintings were done early in his career; after about 1900 they became more classical in style (influenced by visits to Italy) and increasingly bland.