This activity is all about words and pictures.

It encourages students to respond creatively with words to artworks inspired by the different seasons.

The activity would work well as a classroom or homework activity.

The 'Have a go!' activity instructions have been written so that older students can follow them as a self-directed activity. Younger or less able students may need more help with researching and writing their haiku.

What is a haiku?

Explain to your students what a haiku is and task them with writing a haiku.

The haiku is a short Japanese poem that often responds to nature and the changing seasons. In seventeenth-century Japan, they were often written by artist-poets (most famously Matsuo Bashō) who would incorporate them into haiga paintings.

In their English variant, haikus tend to be composed of three lines with the following syllabic structure:

Sometimes English haikus have fewer syllables per line, but in most cases, the middle line will be the longest.

The haiku form is a good way to experiment with writing poetry if you are new to it. 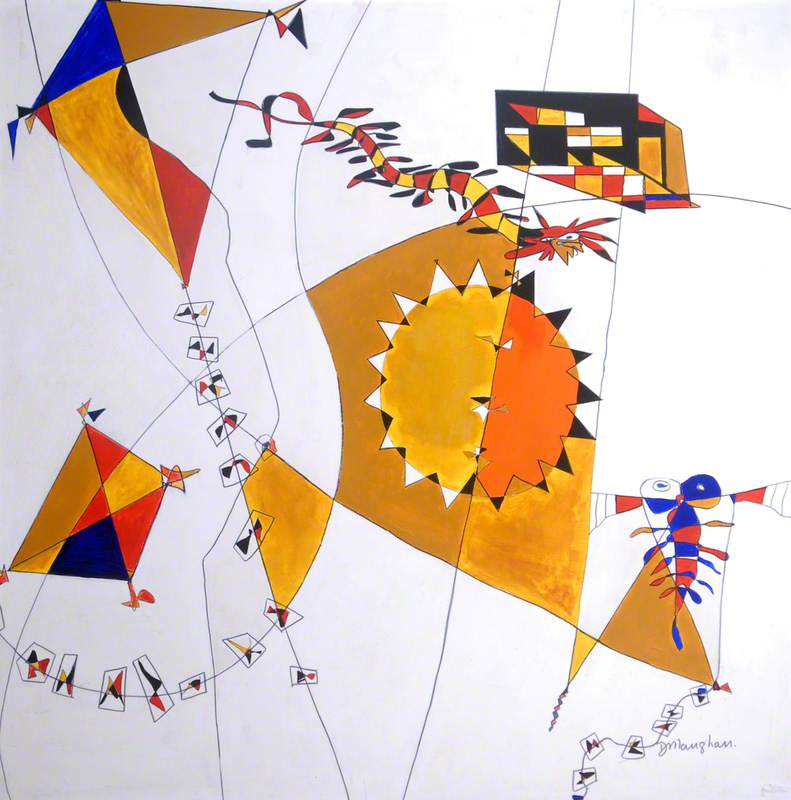 Kites on a Summer Sunday

Here is an example of a haiku inspired by a summery artwork, written by writer and Art UK Learning Officer Shane Strachan.

Tethered to my grip,
the kite tries to free itself
from earth's hold on me.

Have a go at creating your own haiku inspired by the seasons. Here's how...

1. Inspiration: choose an artwork that inspires you

We have pulled together some summer, autumn, winter and spring-themed artworks below for you to use as a starting point.

You could also search Art UK's website to find your own artworks. (Search for the names of the seasons, and also try searching for words that you associate with the different seasons such as 'snow', 'buds', 'sunshine', 'holidays' and 'harvest'.)

Browse winter-themed artworks and choose one that inspires you.

Put a spring in your step (or words!) with these spring-themed artworks.

Warm up your inspiration with these summery artworks.

The days are drawing in… Feel inspired by autumn's colours.

2. Note down your first thoughts

Write down your first impressions of the artwork you have chosen.

This could be about what you can see in the artwork (the scenes, the colours, etc.) or what it makes you feel. It could also be about a memory that the artwork makes you think of.

Use your notes to write your haiku.

Choose the words or ideas that you like best and see if you can form them into the structure of a haiku.

Remember that haikus are usually composed of three lines with the middle line being the longest. And they often have a syllabic structure of five syllables in the first line, seven syllables in the second line and five in the last line.

Try writing a few haikus experimenting with different words and ideas, and choose the one that you think works best. 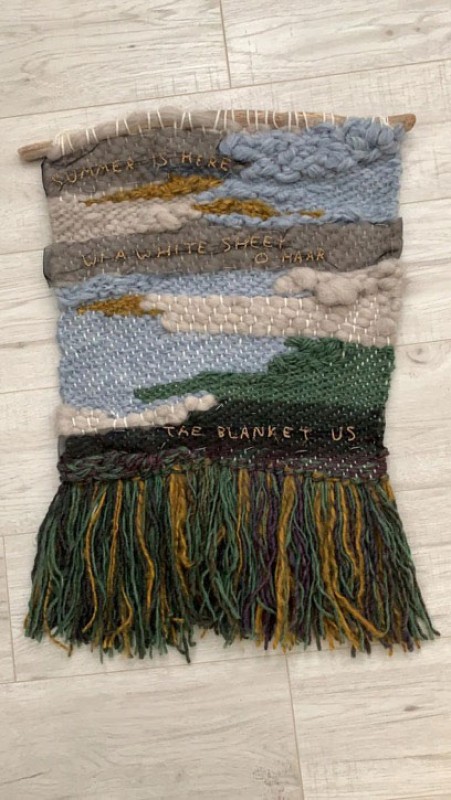 Weaving with a haiku in Doric

textile by Frieda Strachan, poem by Shane Strachan. English translation: 'Summer is here / with a white sheet of sea-mist / to blanket us'

As well as being inspired by art, why not make your haiku into an artwork?!

In traditional Japanese culture, haikus were often incorporated into paintings. You could add your haiku to a drawing or painting about the theme that your haiku explores.

What could you make with your haiku?