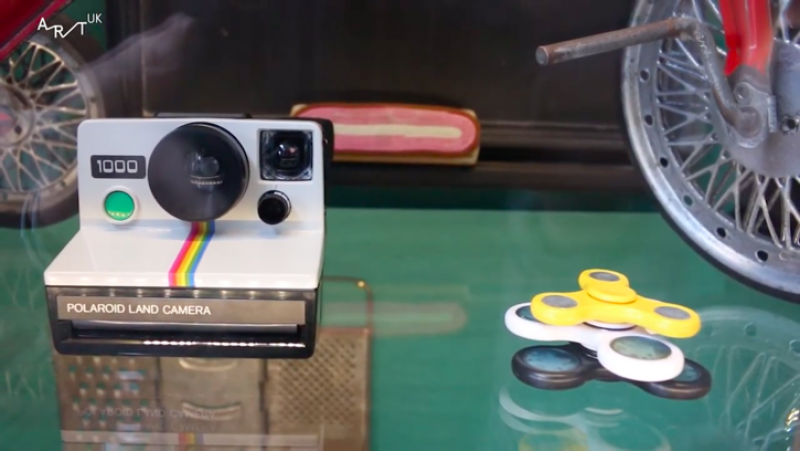 Detail from 'The People's Museum of Memory and Myth'

How can art represent and involve a community in its creation?

The following lesson ideas are inspired by The People's Museum of Memory and Myth at the Pennywell All Care Centre in Edinburgh. These ideas can be used to help your students create their own artwork inspired by their community and to curate an in-class and online exhibition.

This Art and Design resource offers a series of activities that can be used together as a lesson plan or as individual components to integrate into your own scheme of work. It is written for Key Stage 2/Level 2.

Art and design
- Be stimulated and inspired by other artists
- Apply the elements of the visual, tactile and sensory language of art
- Use a variety of processes
- Evaluate their work through discussion 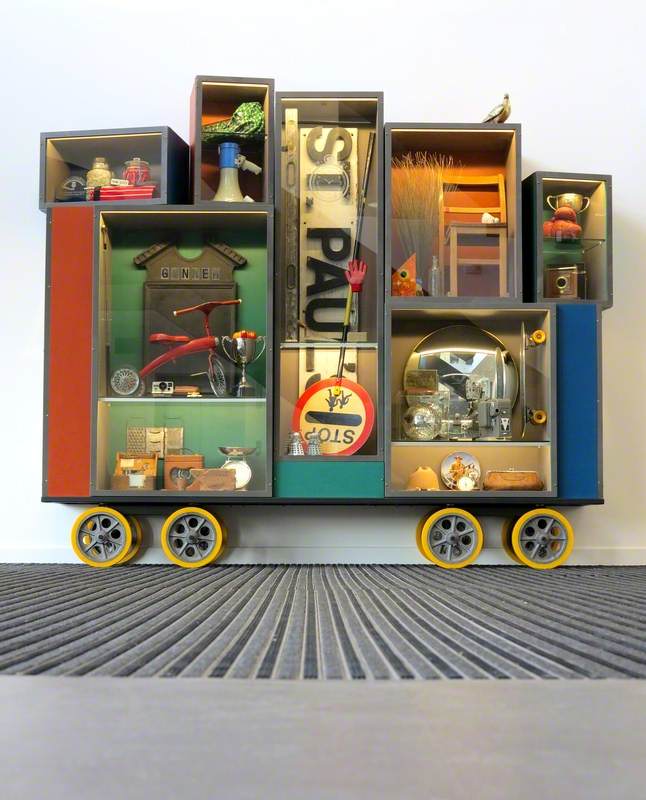 The People’s Museum of Memory and Myth 2017

The People's Museum of Memory and Myth

The People's Museum of Memory and Myth was created by Pennywell All Care Centre artist-in-residence Hans K. Clausen with the support of the local community. The curated collection of everyday objects are displayed in glass-fronted boxes which elevate the status of each object connected with Muirhouse and north-west Edinburgh.

The nine vitrines are stacked on a reconstructed railway baggage trolley and feature objects that range from the personal, such as a grandmother's handbag, to those with wider symbolism, such as a megaphone representing protest and activism. This permanent work of public art is thoughtfully displayed to provoke viewers to reminisce, become curious about each object's past and connect with others through discussion.

This film was made by local young people at the Pennywell All Care Centre in Edinburgh. As well as Clausen's The People's Museum of Memory and Myth, the film also focuses on an interactive artwork by Lindsay Perth made from hand-blown glass. Both artworks involved community engagement in their creation with very different outcomes.

Watch the video with your students and then ask them the following questions:

Watch the film again with your students, but this time they can note down as many of the objects on display in Clausen's work as they can spot. You can freeze-frame the film to make this easier, but there are more than 50 objects, so they are unlikely to get them all. After the second viewing, encourage your students to group what they have noted down into categories.

Discuss their answers while showing them one or both of the digitised images of the work available on Art UK. They may have categorised the objects in their own way but some obvious examples are: toys, sport, gadgets, household objects, and signs.

Discuss: other examples of community art

Explore these other examples of community art with your class. Discuss how they think each artwork may have involved a community in their creation. Discover more about the creation of each work in the description below the image.

Task students with each choosing one object or symbol that represents the local community where their school is based and then to draw or paint it in class. Below their drawing, ask them to write a sentence or two explaining their choice.

Once everyone has finished, get students to place their work together in a large open space. As a group, task them with collaboratively arranging their artworks based on similar themes or groupings. Once they're happy with their curatorial decisions, consider displaying their work on a wall space in a way that reflects the choices they have made.

If you'd prefer a different theme than community for this task, you might want to instead focus on:

Ask your students to search the artworks visible on Art UK for an image connected with what they have drawn or painted for your in-class exhibition. For instance, if they drew a skipping rope, they will find a selection of images to choose from featuring this item if they search 'skipping rope'. You can also select artworks by region or switch to 'Map view' to search through local collections.

When a student has selected an artwork, click the little folder icon below the artwork image and then select your exhibition album to add it to the Curation. Once this has been repeated by all students, head back to 'My Curations' and open the Curation. Here you will see all of your students' selections together and arrange them as an album, a timeline or showcase format. You can also edit the text to include each student's reasoning behind their artwork selection.

Once complete, share your Curation link with the wider community through your school website or social media. Don't forget to tag @artukdotorg