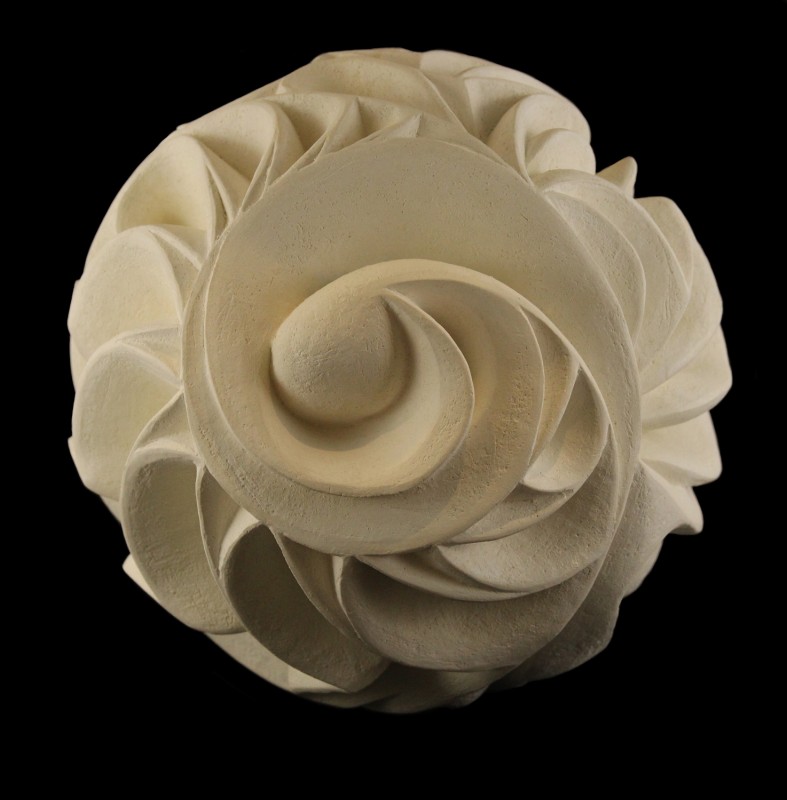 How and why do artists use pattern in their work? The following lesson ideas are inspired by the work of practising sculptor Halima Cassell and the influences which inform her patterned ceramic pieces. Through these activities, students can:

Art and design
– I have experimented with a range of media and technologies to create images and objects, using my understanding of their properties (EXA 3-02a)
– While working through a design process in response to a design brief, I can develop and communicate imaginative design solutions
– I can respond to the work of artists and designers by discussing my thoughts and feelings. I can give and accept constructive comment on my own and others' work (EXA 3-07a)

Halima Cassell is a sculptor who is best known for her intricate and beautiful ceramic pieces. She combines her love of maths and architectural geometry in her art through the exploration of simple repetitive geometric shapes. She was born in 1975 in Pakistan and grew up in Manchester. Her Asian roots influence her work, as well as her fascination with Islamic design and African pattern work.

In this short video, Halima Cassell describes her creative journey and practice.

In this video, Cassell describes university projects that had a significant impact on the direction of her practice and designs.

In this practical activity, students will research, choose and deconstruct patterns – and may go on to transfer their ideas to a clay relief, inspired by Cassell's clay relief Fan.

To research and deconstruct patterns:

To work with clay:

Task your students with researching different patterns found in and on the artworks on Art UK. Ask them to select one or two of these patterns and to deconstruct the pattern down into its simplest forms, in a similar way to Halima Cassell. They can do this by saving and annotating images on mobile devices or by printing out examples and marking out sections of repeat patterns, colours and shapes.

The artworks below offer a starting point, but students may want to pursue their own interests by searching Art UK or using the artwork shuffle.

For inspiration from Islamic design, explore the Victoria and Albert Museums' online collections.

Create a pattern in clay

Task your students with creating their own patterned relief in clay using the examples of pattern they have researched. Once students are happy with their selected pattern, they may wish to copy it onto tracing paper, and then use this copy to make indentations on a rolled out square of clay multiple times to create their repeat pattern. Otherwise, they may want to work freestyle, creating an asymmetrical pattern. They can use tools to remove clay to create negative space in their pattern and/or add more clay to build up a three-dimensional effect.

Encourage your students to try out different methods, such as cutting out sections of the clay (like the individual squares in Cassell's Fan) and then piecing them together in different formations.

You may wish to cover unfinished pieces in plastic bags or lightly spray them with water in between classes. Air drying clay should take around two weeks to fully dry, while firing clay should be fired at the temperature suggested by the manufacturer.

Students can develop their work further by applying their patterns to a three-dimensional form.

Working very carefully, students can try their hand at clay carving by rolling out a clay tile, allowing it to dry until leather hard, and cutting a simple pattern into the surface with a kitchen knife or craft knife.