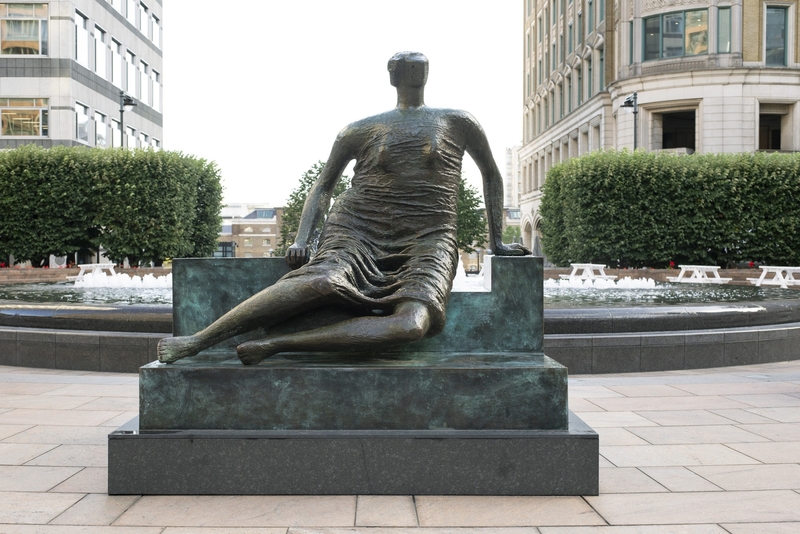 What is public sculpture for?

This resource encourages students to learn about public sculpture, to find out about their own community, and to discover the world of animation. It can be used to:

This Art and Design and History resource offers a series of activities that can be used together as a lesson plan or as individual components to adapt and integrate into your own scheme of work. It is written for Key Stage 2/Level 2 but may also suit lower Key Stage 3/Level 3.

History
- Places then and now and how our identity, way of life and culture has been shaped by influences from the local and wider world
- The life of a famous person, family or building in the past

Art and design
- I have the opportunity to choose and explore an extended range of media and technologies to create images and objects, comparing and combining them for specific tasks (EXA 2-02a)
- I can create and present work that shows developing skill in using the visual elements and concepts (EXA 2-03a)
- Inspired by a range of stimuli, I can express and communicate my ideas, thoughts and feelings through activities within art and design (EXA 2-05a)
- I can respond to the work of artists and designers by discussing my thoughts and feelings. I can give and accept constructive comment on my own and others work (EXA 2-07a)

In this film, a group of students from Lansbury Lawrence Primary School visit Henry Moore's sculpture Draped Seated Woman. The group discuss the history of the sculpture and school staff share their memories of it. You can use this video to start a discussion with your students.

Why do we have public sculpture?

Public sculptures are artworks, statues and monuments that are displayed in public places, usually outdoors. There are many different types of public sculpture. Here are a few examples:

Click through to the artworks' pages to discover their stories.

Statues representing people considered important at the time. This includes national figures, such as kings and queens, people with a place in local history, and particularly in the past, people who were rich and powerful.

Public opinion of the people honoured with statues can change over time. For example, Bristol's statue of Edward Colston was thrown into the harbour by protesters in 2020.

Sculptures that tell us something about the place, celebrate something the place is famous for, or become part of what makes a place special.

Art put in public spaces to make it a better place to live in or visit. Draped Seated Woman, for example, was part of a project to put sculptures in housing estates to educate the people who lived there, improve their lives and living standards, and to encourage artists to keep making art after the Second World War.

Discuss public sculpture that your class knows, or use examples from Art UK. What do your students think the purpose of each sculpture is?

These sculptures each have a story, click through to the artworks' pages to discover them.

Task students with finding and researching a public sculpture close to your school.

To find local sculptures, use Art UK's map. Zoom in on the red dots on the map. Some will be art venues, and other dots will show public sculptures; if no sculptures are visible now, they may be added later. Alternatively, you can use Art UK's artwork search and choose your region from the drop-down menu.

Students can discuss their chosen sculpture, analysing its purpose and setting, and sharing any personal connections they have to it. This will enable them to come up with questions, which can form the starting point for further research. The artworks page on Art UK will provide some useful information, including who owns the sculpture and who made it, which students may wish to investigate further.

There are several ways students can research their sculpture, local archives and libraries may be able to help. Like the students from Lansbury Lawrence Primary School, your students may wish to collect oral histories, recording recollections from each other, family members or school staff. The Oral History Society has a helpful guide to getting started with oral history.

Lansbury Lawrence Primary School students recorded their exploration of Draped Seated Woman in various ways, including drawing, recording oral histories, making a film, and creating animation. This activity focusses on using animation to bring your class's chosen sculptures and their stories to life.

The process of animation involves capturing a series of still pictures of an object that is moved a small amount after each picture is taken. When the pictures are viewed quickly, one after the other, the object appears to move. More information about stop-motion animation and its history is available on Art UK.

Lansbury Lawrence Primary School students created stop motion animations made with paper cut-outs, which can be seen in their film.

Ask the students to plan their animations before they begin animating. You might ask them to consider:

To create their animations, students will need:

Step 1: Prepare all characters and backgrounds. This video offers some tips.

Step 2: Set up workstations. A flat surface such as a desk or floor is needed for working in 2D. Support the tablet or phone with a tripod or stack of books, and make sure there is consistent lighting, for example from a lamp.

Step 3: Animate. This video explains how.

Step 4: Share your animations with each other, and consider sharing them with the people who helped you research your sculpture too.

Animate sculptures in a fictional story with a flipbook. A flipbook contains pages with images that change slightly every time a page is turned and if the pages are turned quickly, they will appear as a moving image. In this example of a flipbook, the artist has imagined Seated Draped Woman leaving London to go deep-sea diving. The storyboard above can be used as a template: draw the flipbook pictures on the panels, cut each panel out, stack and staple them to create a book.

You might like to start a scrapbook project using the research students have collated – include sketches, notes, drawings, audio recordings, video footage, and photographs.