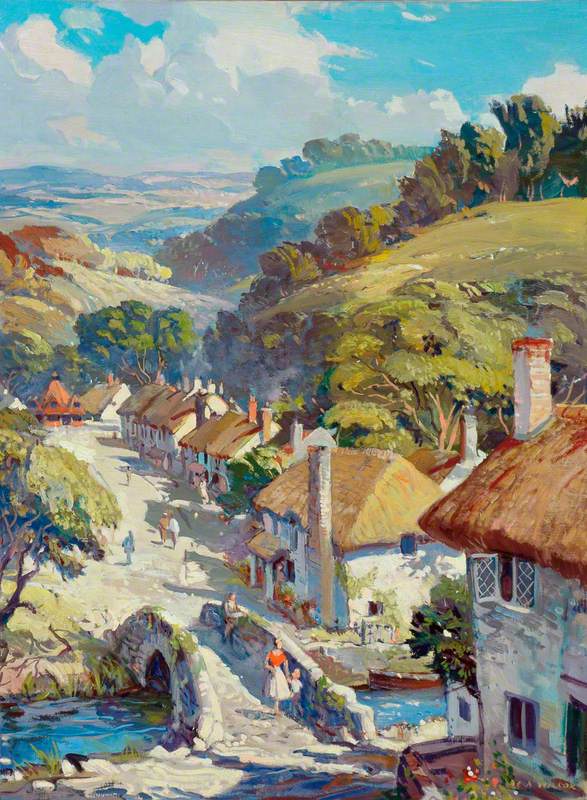 In previous centuries human life took place in the street more than it does now. But in the Italian Renaissance urban streets are usually a display of formal and sophisticated architecture, when in northern European art they are often the setting for lively markets and social interaction, even misbehaviour.

Over time formal architecture took over fashionable cities and resorts in the north, and the southern middle classes became more interested in the life of their times. Streets in the eighteenth and nineteenth centuries are the location for the familiar and the dramatic, as seen in much of Hogarth’s work, in view-painters’ expensive souvenirs and the gas-lit streets of Atkinson Grimshaw. Ford Madox Brown’s Work is perhaps the prime example.