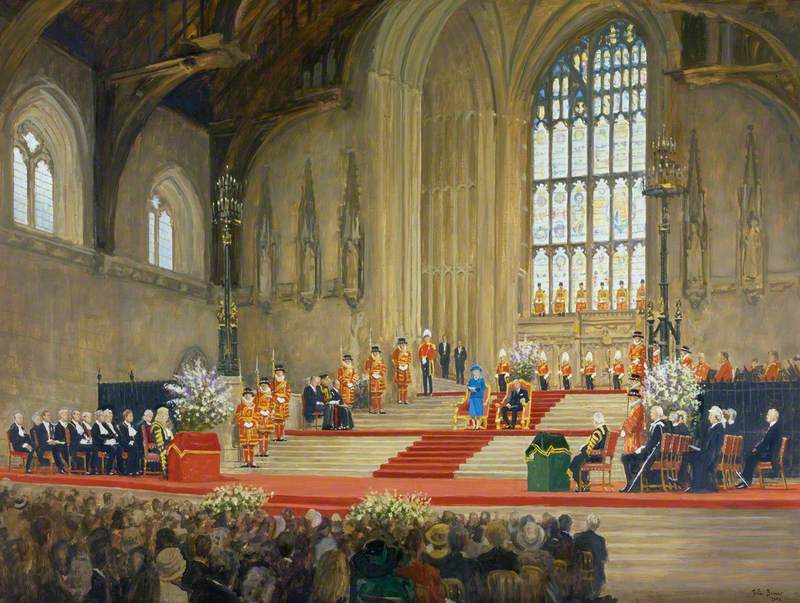 Her Majesty the Queen Addressing Both Houses of Parliament on the Occasion of Her Golden Jubilee, Westminster Hall

The meetings of parliaments and councils have been portrayed in art but usually with an unsatisfactory emphasis on multiple small portraits of their members. Of course many identifiable members of councils and parliaments have also been recorded in individual and group portraits.

A few historic parliamentary occasions have been reconstructed by artists after the event. Most notable, however, are the contemporary views of the dramatic destruction of the old Houses of Parliament by fire in 1834, followed by the war damage of 1941.

Read more
The new and familiar Houses of Parliament feature in many topographical depictions of London and the Thames. Local government and institutional governing councils, their buildings and meeting rooms are also well recorded in topographical and architectural paintings.