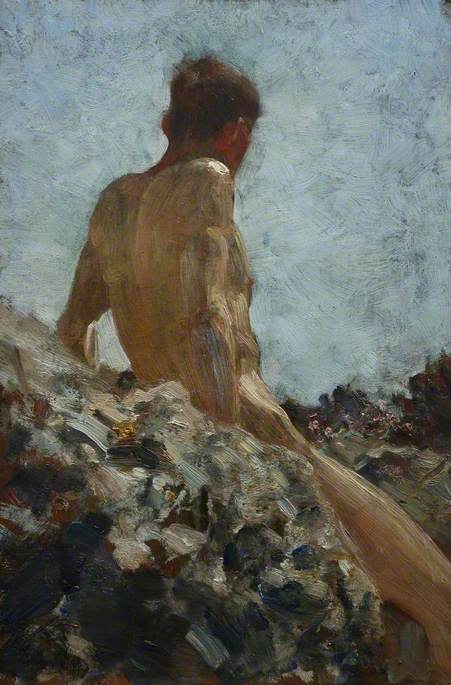 For artists, the nude has two principal meanings. From classical Greek times the nude has been the ideal form, as seen in the sculpture and vase paintings of ancient Greece. But the study of the naked human form was also an essential part of artistic training, to enable convincing depictions of clothed figures, at rest and in action.

Stories from mythology, such as the Judgement of Paris, often contain nude figures, referring to Greek ideals. However they also allowed sensual images to be openly appreciated, though some were intended for private enjoyment. When sufficiently idealised, nude statues and paintings were surprisingly acceptable to an otherwise prudish Victorian public. William Etty’s more realistic naked figures did however sometimes cause controversy.