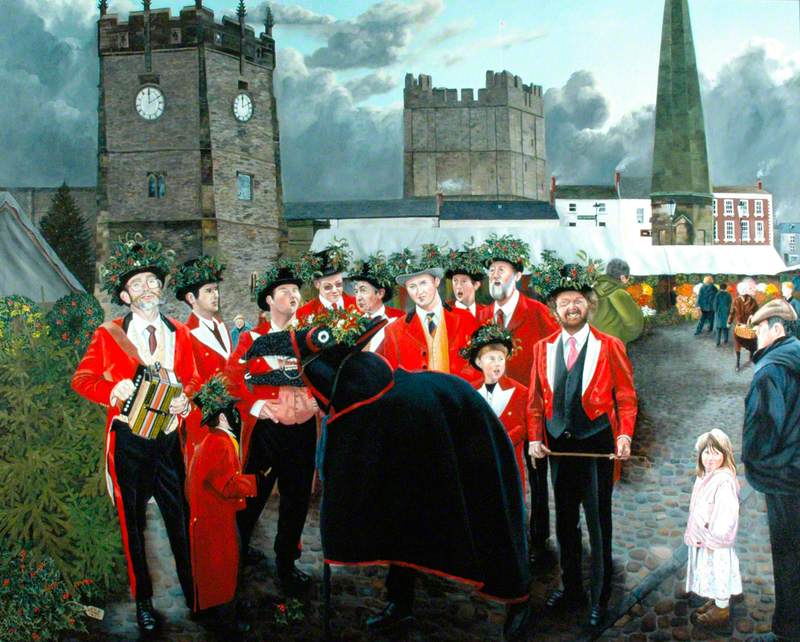 Music was one of the traditional arts, along with architecture, sculpture, painting, poetry and dance. It also features strongly in the Bible, so has been depicted accompanying many religious subjects, where angels can often be found playing musical instruments and singing from scores.

As a respectable artistic activity, music has also been shown in private and secular settings from the sixteenth century onwards, in both of the contrasting Italian and Northern European traditions.