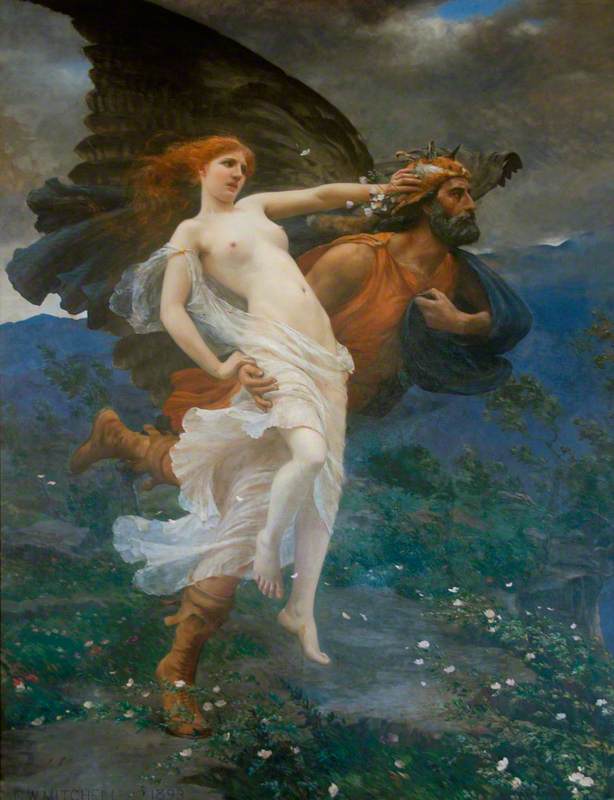 The Flight of Boreas with Oreithyia

Greek and Roman mythology included a complex hierarchy of gods and goddesses, whose lives and interactions explained the origins and history of mankind. They influenced different aspects of the world, but, unlike the Christian God, they had human feelings and failings. Their stories have inspired artists from Greek times onwards.

In other religions, God is the supreme being and in the Bible another set of influential stories illustrate God’s interaction with mankind. When the church was the prime patron of art these stories were its main subjects, but with the rediscovery of Greek and Roman literature in the Renaissance, gods from both traditions appear: Michelangelo painted God in the Sistine Chapel and also sculpted Bacchus, the Greek god of wine.