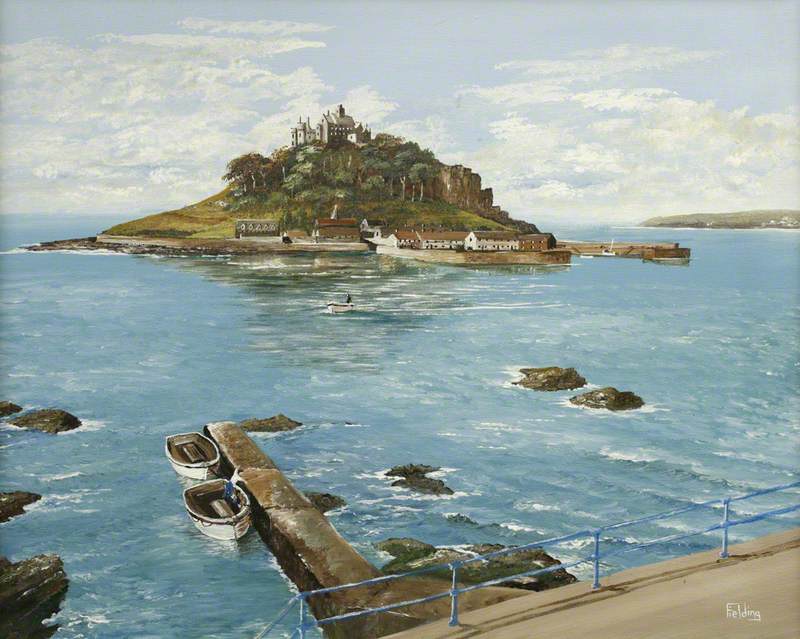 Castles were among the most prominent buildings in the early landscape. They reflected the power of the government and of the nation, so are a natural element in paintings of military or historical events.

In the seventeenth century, castles and fortifications were important elements in the composition of the idealised ‘classical landscape’, topping a mountain or cliff, or dominating a bend in a river. In the eighteenth century, the rediscovery of Britain’s antiquities made crumbling city walls, ruined castles and monasteries very common subjects in art. They were a key ingredient in the new appreciation of the ‘picturesque’ – that which looks good in a picture. Such ruins also evoked a lost romantic past and reminded viewers of their own mortality.