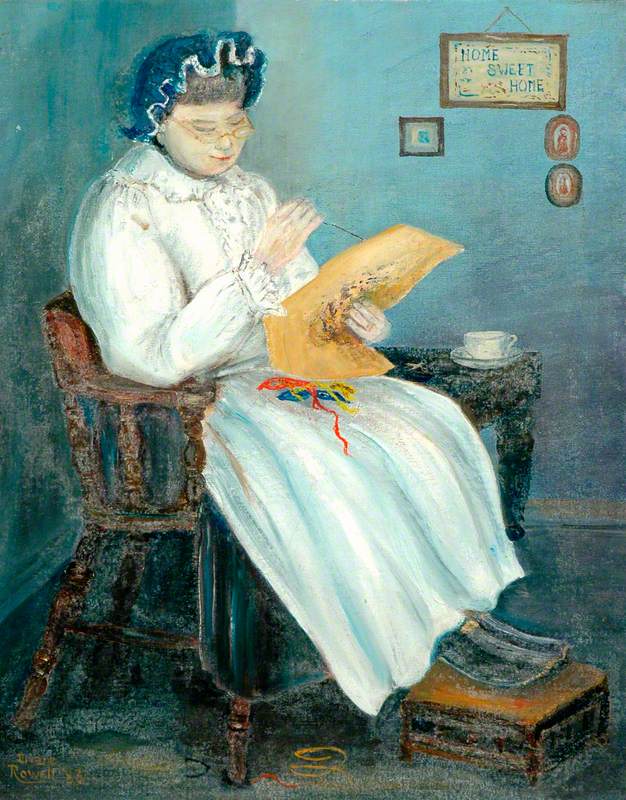 Before industrialisation in the eighteenth century every man-made object was the result of craft, so the activities of craftsmen and women appear in the background of many scenes of everyday life. Medieval trade guilds evolved into formal societies that commissioned portraits of their members.

In previous centuries the creative potential of married women was largely confined to the home, but many excelled in domestic crafts such as embroidery and quilt-making, and their portraits often show them at work. The late nineteenth-century Arts and Crafts Movement resulted in a renewed celebration of the crafts, with which artists felt a natural affinity. This strong theme continued into the work of some twentieth-century artists around and after the Second World War.