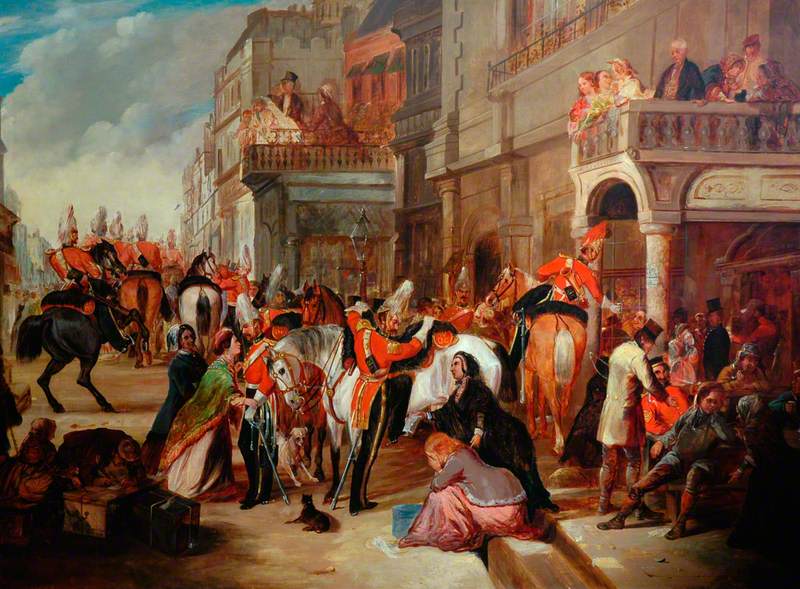 Photo credit: The Military Museum of the Royal Dragoon Guards

The 4th Royal Irish Dragoon Guards Departing from the Crimea

The Military Museum of the Royal Dragoon Guards

Most wars badly affect civilians at home but in the art of previous centuries military subjects concentrated on the action at the front. A few eighteenth-century paintings record the activities of press gangs that forced civilians to join the forces, and by the nineteenth century the mourning of bereaved families was more frequently depicted.

The innovative war artist schemes of the First and Second World Wars deliberately included the contributions of civilians, as fire wardens, nurses, drivers and factory workers, and the effects of the blackout. War artists documented civilian suffering through the destructive effects on towns, the landscape of the shelling on the Western Front, and of bombing raids and the evacuation of children at home.