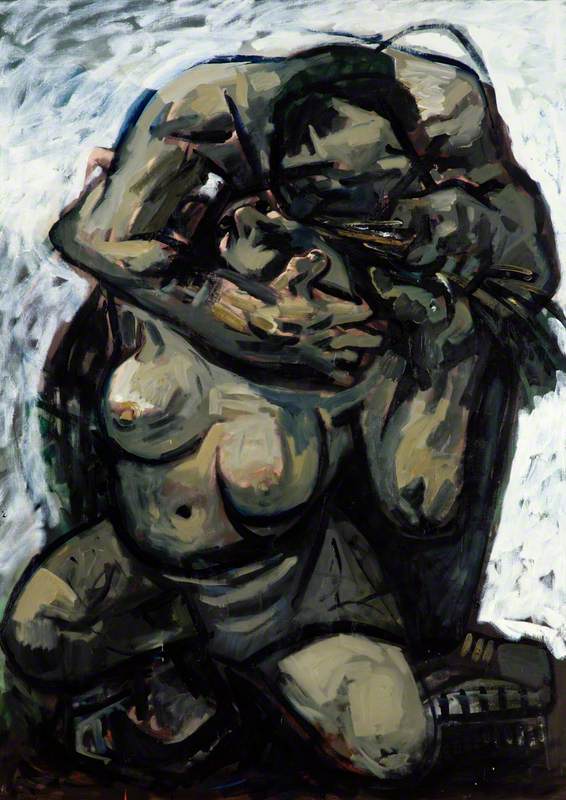 Minor instances of unrest and drunkenness appear in many scenes of everyday life, from the sixteenth-century Netherlands to those by Hogarth in the eighteenth. But larger-scale riots and demonstrations, that reflect major political and historical events and movements, have also been recognised and formally recorded in art.

The Bristol Riots of 1831 against the rejection of the second Reform Bill by the House of Lords were particularly dramatic, violent and destructive and were well recorded by local artists; officially commissioned war artists have recorded the unrest in Northern Ireland. The French Revolutions of 1789–1799 and 1848 attracted great artistic interest and had significant impacts on the history of art, but are unfortunately not well-represented in British collections.