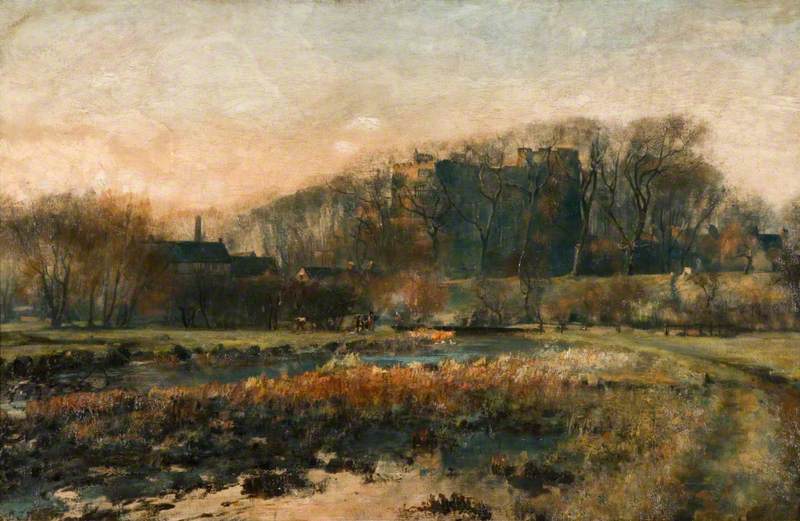 Castles and fortified houses are still among the most prominent buildings in our urban and rural landscapes. In unsettled times, castles were essential protection for those who could afford them and town walls were necessary for the general population.

Castles may feature as focal points in early battle scenes, but in the history of landscape painting they form part of the idealised ‘classical’ landscape, perfected by Claude in the mid-seventeenth century and influential for a hundred years. From the mid-eighteenth century, as antiquarians began to understand the history of ancient ruins, they were valued as picturesque and romantic reminders of the past. Functional military buildings obviously feature in the records made under the war artist schemes of the twentieth century.