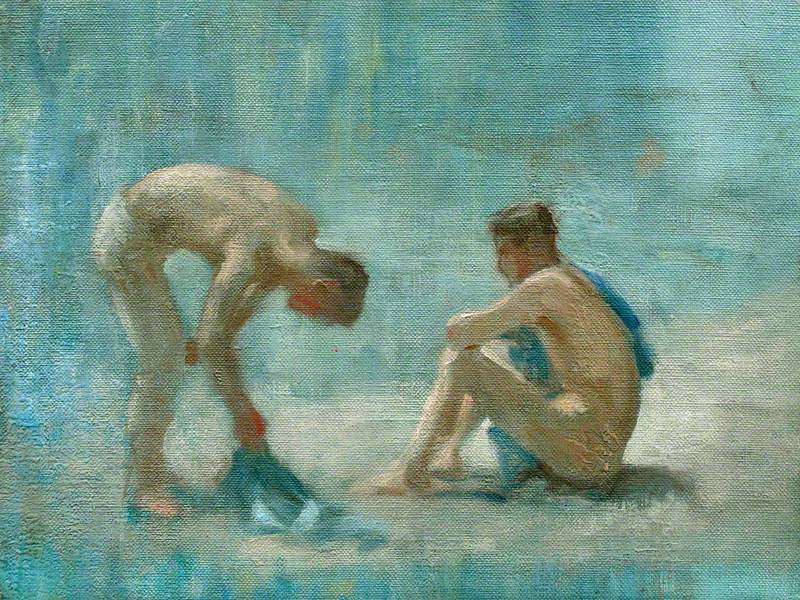 Even in the more puritanical nineteenth century, William Etty’s work was controversial for its realism, not for its subject matter. The Impressionists’ interest in private lives, as seen in the distinctive approaches of Degas and Sickert, ignored the public taste of the time. Henry Scott Tuke was unusual in successfully specialising in boys and young men swimming and on the beach.