In the late 19th and early 20th centuries, Dundee was renowned as one of the major art centres of Britain. The massive growth of the jute industry turned factory owners into millionaires and collecting art became one of their favourite hobbies. As the painter John Duncan recalled: “The best artists of the country were coming and going amongst us, the guests of our merchant princes; and the fame of Dundee as an art centre was spread far and wide”. The first generation of collectors concentrated on Scottish art, commissioning work directly from leading painters of the day. In the early 20th century, a new generation appeared with even more ambitious tastes. This online exhibition looks at some of the city’s leading art patrons. 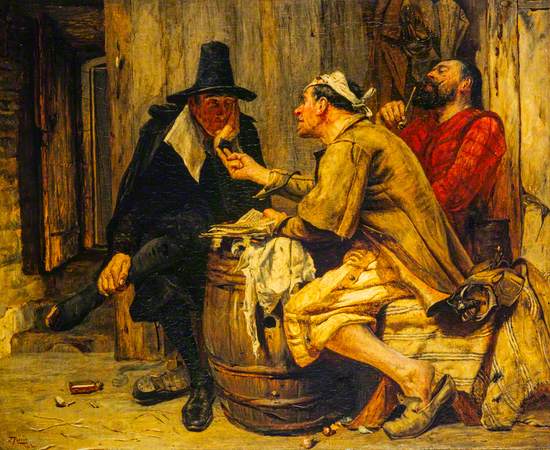 The first major collector of this era was merchant and auctioneer John Charles Bell (1831-1897). He began collecting around 1850, shortly before the significant flourishing of Scottish art that came through the success (largely in London) of artists such as John Pettie, James Archer, W Q Orchardson and Hugh Cameron. Bell was one of the first to recognise the importance of this movement, becoming “one of its most liberal patrons, and the warm friend of most of its talented members… [H]e was so warmly liked as a friend that artists strove to give him the very cream of their works.” Few of his purchases survive in public collections, this Pettie being a rare exception.

Jute manufacturer George Buchan Simpson (1820-1892) was perhaps the most ambitious collector in Dundee, commissioning many important works like his one. A remarkable collection of his correspondence with artists is held in the National Library of Scotland. Dealing with Simpson could be a difficult business – he was keen to be part of the creative process, making detailed suggestions about composition which infuriated many artists. As the jute industry declined Simpson made some disastrous investments in America and was forced to sell his entire collection. When he died his entire assets were said to comprise ten shares in a local gas company valued at £4/10. 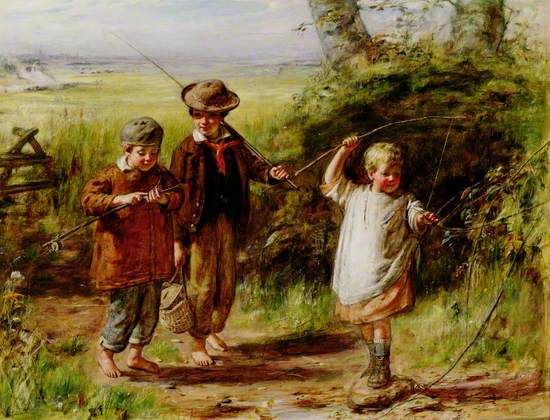 Simpson’s business partner William Ritchie (c.1818-1902) was also his rival in collecting. One-upmanship was common between them. In 1864 Simpson had commissioned William McTaggart to paint a pair of childhood scenes, Spring and Autumn. Not to be outdone, Ritchie promptly asked McTaggart to paint a similar pair for him - A Day’s Fishing: Morning and A Day’s Fishing: Evening. When he too was forced to sell off his collection in 1885, this pair were among the best sellers, fetching £115/10 each. 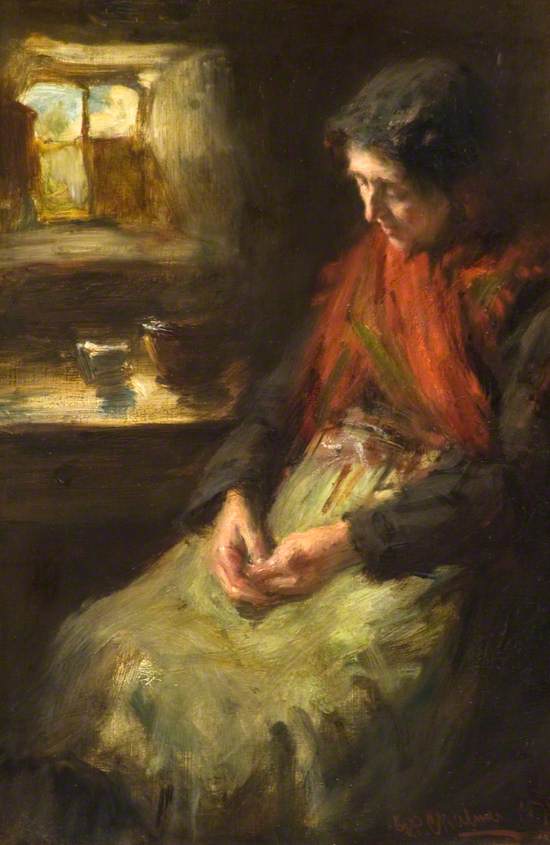 Only one of the Dundee collectors was wealthy and generous enough to gift his collection to the public – James Guthrie Orchar (1825-1898). His engineering company made machines for the jute industry, earning Orchar and his partner William Robertson (also an art collector) huge profits. Orchar became actively involved in the cultural life of Dundee and for many years was convenor of the committee which ran Dundee’s museum and art gallery (now The McManus). He loved being with artists – according to his obituary “the supremest happiness which came to his life was in the hours spent in their refined and invigorating society”. When he died he left his entire collection to the people of Broughty Ferry (now part of Dundee). 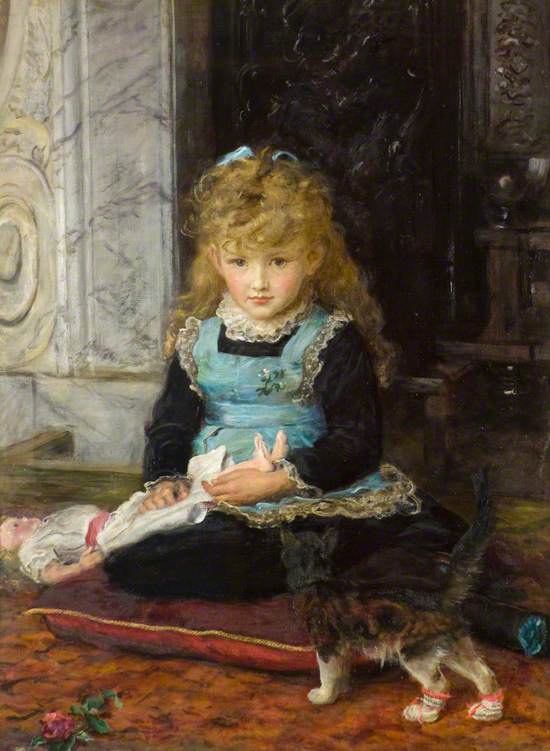 Sir William Ogilvy Dalgleish (1832-1913) was one of many important philanthropists in Dundee, giving his money (earned as chairman of linen manufacturers Baxter Bros) to various causes including Dundee Royal Infirmary, University College Dundee and Dundee Technical Institute. His collection was particularly strong in paintings by Alexander Nasmyth, but this Millais was perhaps his best-known work, which he left to the city’s collection after his death. 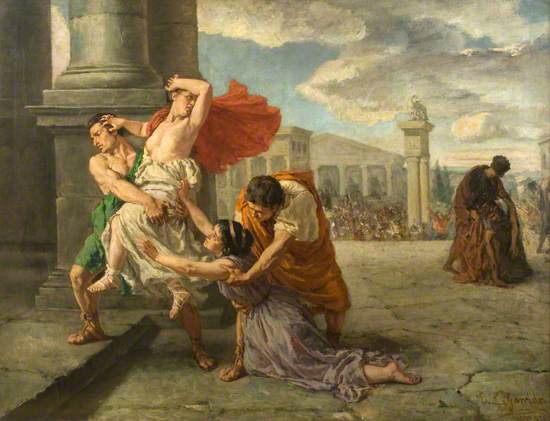 Isaac Julius Weinberg (1832-1912) was unique among the Dundee collectors in having come from a Jewish family in Germany. He moved to Dundee around 1862 and became a leading textile exporter. He was active in the local Jewish community, and was one of the main funders of a synagogue opened in 1897. His art collection reflected his international interests – he had connections in Germany, France, Italy and South America as well as a particular interest in Spain, becoming Spanish Vice Consul in Dundee. This is one of the highlights of his collection of Spanish art, and was later donated to the city’s collection by his widow. 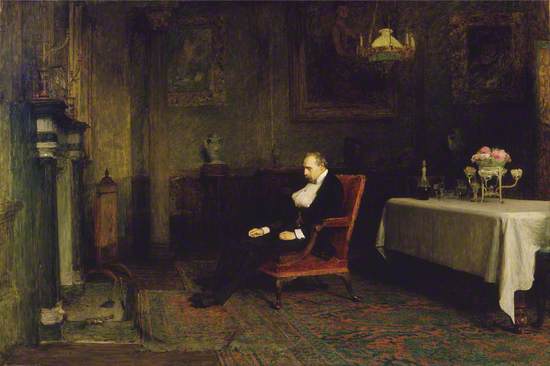 One of Dundee’s most famous products was Keiller’s marmalade. John Mitchell Keiller (1851-1899) inherited the business from his father at the age of 26, and became Dundee’s youngest major art collector. His wide-ranging collection included Constable, Turner and Raeburn but he was particularly keen on W Q Orchardson, owning several famous examples including this one which he bought from the Royal Academy in 1885. Keiller was always pleased to show off his collection to anyone visiting his Perth Road mansion, Binrock House, which later became the home of painter Alberto Morrocco.

Dr John Stewart (1849-1892) was one of several Dundee dentists who were also keen art collectors. Stewart was one of the most successful dentists of his day - in 1889 the business paper The Mercantile Age recognised his surgery as the “largest and best appointed to be found north of the Tweed”. He amassed a collection of several hundred pictures, almost exclusively by Scottish artists including Hugh Cameron, G P Chalmers, Alexander Fraser, Horatio McCulloch and John Phillip. He died young, having gifted this view of Dundee to the city collection. 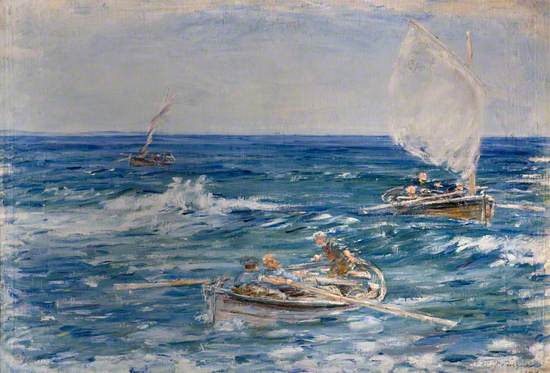 William McTaggart was undoubtedly the most popular artist with Dundee collectors for well over half a century. Even minor collectors like the solicitor W B Dickie (c.1852-1941) owned major examples of his work such as this one. Dickie was a former chair of the committee that ran the city art galleries, and lent this picture to the Dundee Fine Art Exhibition in 1910. These major exhibitions began in 1873 and for many years were the largest art shows in the UK outwith the Royal Academy. Although starting as selling exhibitions (and thus stimulating art collecting in Dundee), by 1910 they were mainly loan exhibitions, giving collectors the chance to show off what they had already acquired. 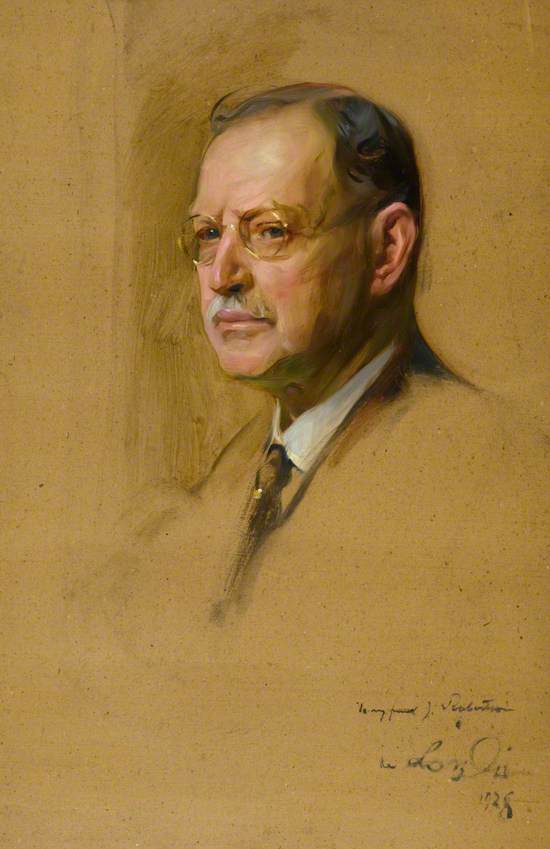 Another dentist, John Robertson (1862-1943) was, like many Dundee collectors, a self-made man. He grew up as a herd boy in Aberfeldy, where a picture book from the local minister is said to have inspired his interest in art. He learned dentistry in Dundee and gradually built up a fashionable practice. As well as buying McTaggart, he was also the first Dundee collector to buy the Glasgow Boys, and became an important patron of Dutch artist B J Blommers. After retiring he opened a commercial art gallery, while also running the city art galleries, where he staged major retrospectives of Philip de Laszlo (1932), Sir John Lavery (1936) and W Russell Flint (1938), all of whom had become personal friends. 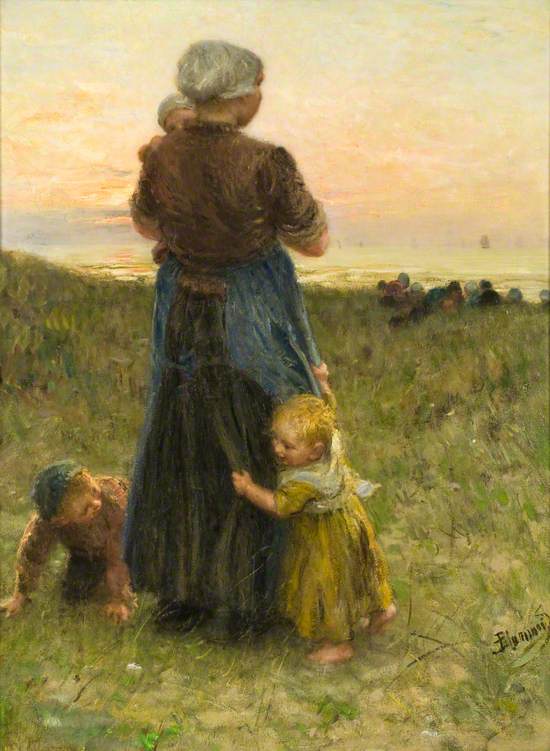 J C Bell was the first Dundee collector (and one of the first anywhere in Scotland) to buy Dutch art in the 1860s. It soon became fashionable and many other Dundee collectors began acquiring works by G A Mollinger, James Maris, Jozef Israels and others. Andrew G Kidd (1866-1950) owned a chain of bakeries and his substantial collection included several Dutch paintings. He bought this work from John Robertson’s collection in 1923 for a massive £1050, but also purchased works direct from artists in the Netherlands. 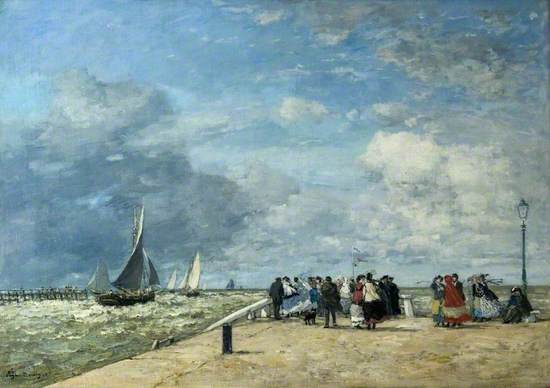 John Tattersall (1859-1935) was a grocer whose successful partnership with William Low ultimately led to Scotland’s most popular supermarket chain. He began buying the Glasgow Boys and was the first Dundee collector to collect the Scottish Colourists, but he was also keen on French painting, this Boudin being a prized possession for many years. He briefly entered into partnership with Glasgow dealer Alexander Reid, who encouraged him to collect post-impressionist painting. In 1919 he sold the Boudin to buy three Vuillards from Reid’s exhibition of the artist’s work, and also bought works by Bonnard and Van Gogh. 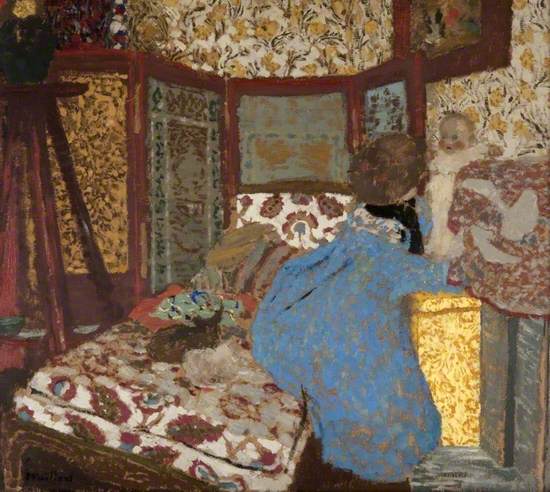 Many of Tattersall’s purchases were made through Matthew Justice (1875-1942), managing director of the furniture and interior design business Thomas Justice & Sons. After buying art for himself through Alexander Reid, Justice realised that he could use his shop to display and sell paintings, and thus become an art dealer himself. In 1919 he travelled to Paris and bought a large number of Vuillards including this one, as well as works by Van Gogh and others. He became the Colourist G L Hunter’s official dealer in Dundee but his personal preference was for Peploe. At the 1924 Fine Art Exhibition, he lent six Peploes, seven Vuillards, three Bonnards, two Marchands, a Seurat and a Hunter. 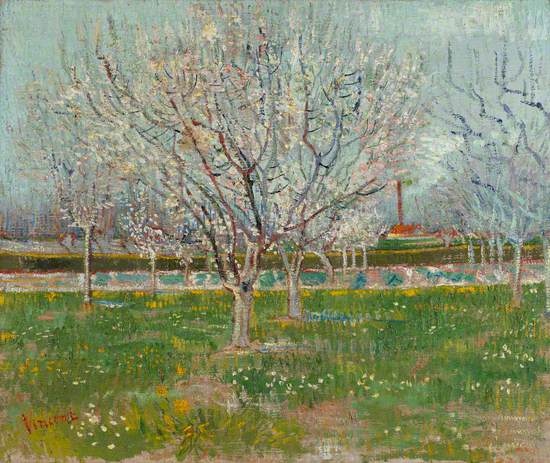 Perhaps Justice’s most important client was William Boyd (1873-1941), who made his money as managing director of Keiller’s, following his father who had succeeded J M Keiller as head of the company. In the 1910s he began buying McTaggart and the Scottish Colourists, but after retiring in 1920 he started investing seriously in modern French art. As well as busts by Rodin and paintings by Sisley, Monet, Vuillard, Bonnard, Marchand and de Segonzac, he owned more Van Goghs than any other Scottish collector (including this one) and was the first person in Scotland to buy a Matisse. He also acted as a patron to John Maclauchlan Milne (whose visits to France Boyd helped to finance) and the Glasgow-based Estonian sculptor Benno Schotz. 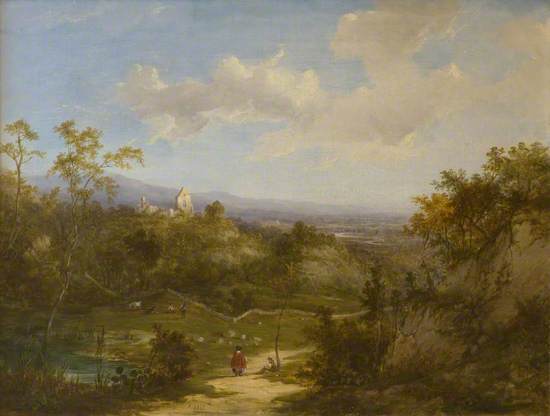 This extraordinary era of art collecting in Dundee had largely come to an end by the 1940s, but major bequests continued to be made to the city’s public collections. In 1951, former Dundee student Dr James Nicoll (1872-1958) offered his sizeable collection of British art to University College, Dundee (now the University of Dundee). Most of it had been bought at London salerooms in the 1920s and 30s, and as well as some fine Pre-Raphaelite pictures (acquired at a time when they were distinctly unfashionable), Nicoll’s collection included some important women artists such as Charlotte Nasmyth. 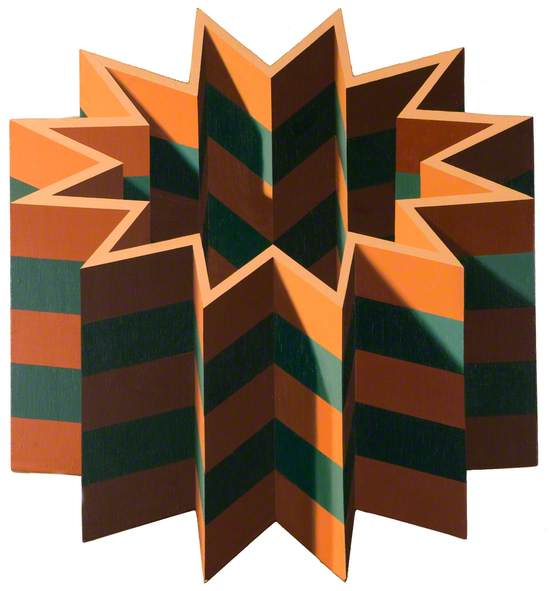 One of the largest bequests of recent years came from art lecturer and critic Alan Woods (1956-2000), who left his entire collection of over 280 artworks to the University of Dundee. It includes work by notable students and fellow staff at Duncan of Jordanstone College of Art & Design (such as this striking piece by Jim Pattison), box constructions by Fred Stiven and major holdings of painter David Armitage and the Situationist artist Ralph Rumney. Hopefully future collectors will also consider gifting work to Dundee’s public collections!

View all 15
View all