The sea has always played an important role in the story of Tenby. The Welsh name for Tenby is Dinbych-y-Pysgod, which translates as _little fort of the fishes, showing the early importance of the sea to the town as a defensive measure. In the 14th century the town was one of the principal herring ports of south and west Wales. The first oranges to land in Wales were done so at Tenby, as part of a cargo on a Portuguese ship, La Nossa Signora on 17 June 1566.

Many families in the town still retain strong connections with the sea, whether it is through the lifeboat, fishing or tourism. There is a continuing strength of community around the harbour, seen as the heart of the town. 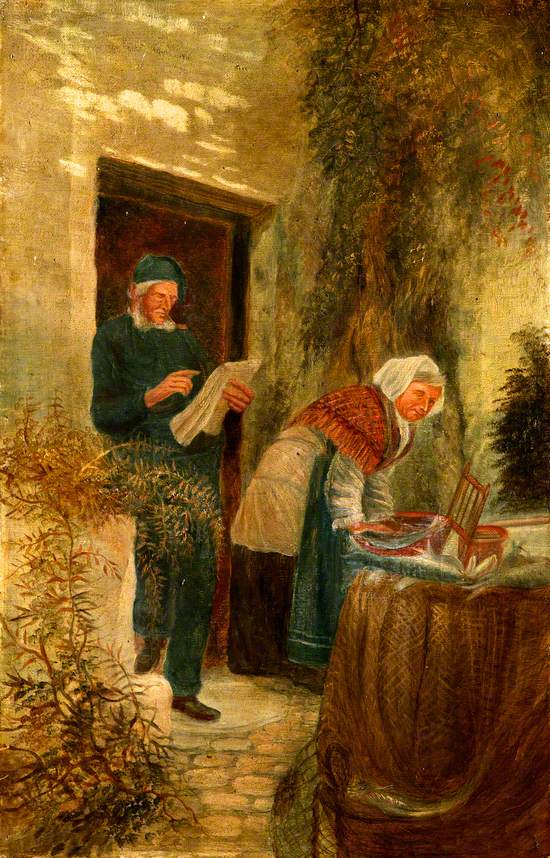 The series of ancient buildings on Tenby quayside contained a fish store (no.1), the Fisherman's Arms public house (no.3), a cottage belonging to a Tenby boatman (no.5) and until 1883, the Tenby Observer local newspaper printing office (no.6). The quay is one of the oldest in Wales, dating from 1323.

Little has been recorded about the life of the fisherwomen. Normally they are represented in art and photograph as sellers of fish and prawns as can be seen in the portrait The Tenby Fisherwoman by William Powell Frith (Pembrokeshire County Council Museum Services collection) and these women originated from Llangwm, a small village that was approximately 16 miles from Tenby. These women would walk to Tenby to sell their wares. 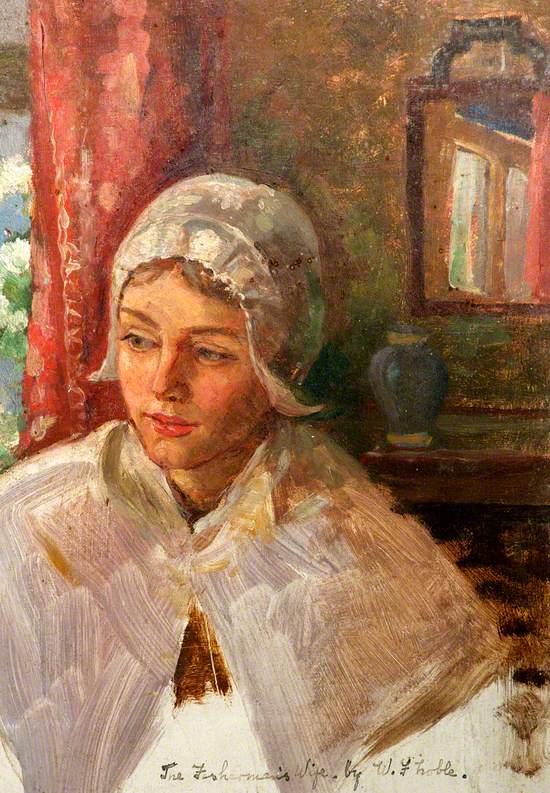 This is a beautiful if somewhat romanticised painting by WF Noble, relative of Welsh broadcaster Roy Noble. Little is known about the artist or the sitter. 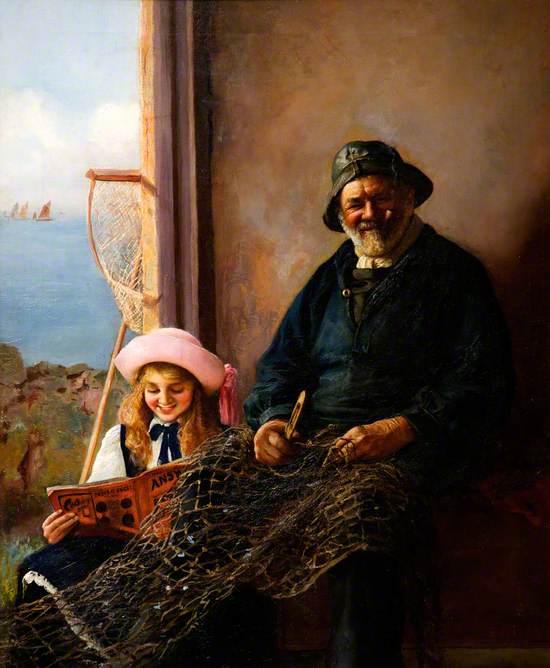 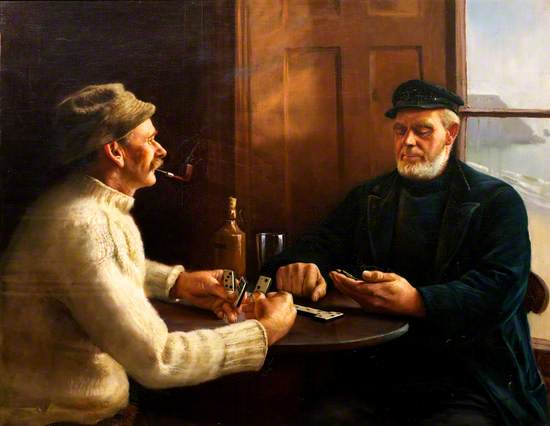 This portrait by Edward Joseph Head (who taught a young Augustus John in his Tenby Art Classes and recommended his going to the Slade School of Art) is a firm favourite amongst visitors to the museum. The portrait shows two local fishermen, Mr Gutteridge (or Goodridge) and Joseph Currie Davies, the subject of another portrait by Head.

Head was a native of Scarborough and moved to Tenby in the 1890s, where he established himself as an artist and teacher of art. 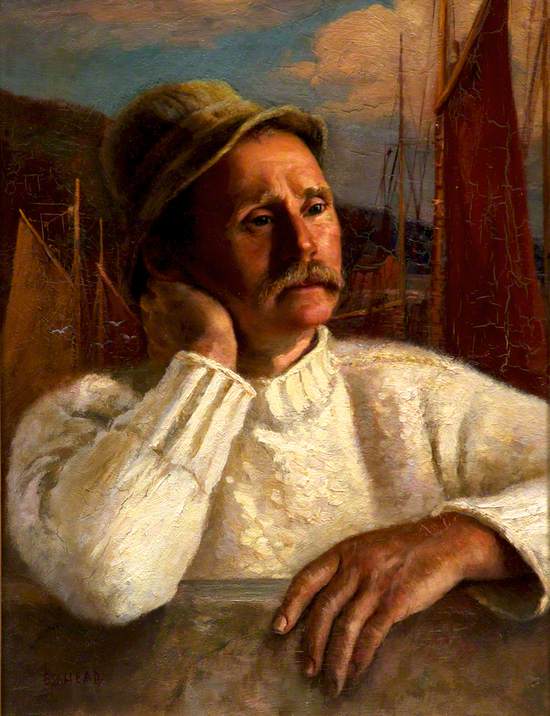 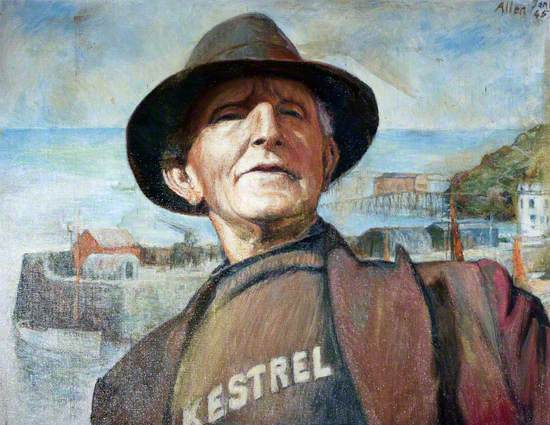 Louis Kingdom was a local boat owner. As the fishing industry declined in Tenby so boatmen shifted their work towards more tourist based activities. 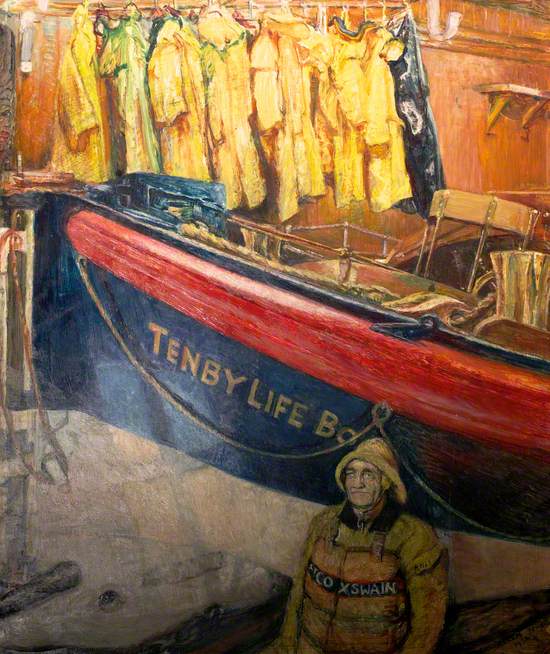 Tenby Lifeboat Station was established in 1852 by the Shipwrecked Mariners' Society and two years later was handed over by the Society to the Institution. In 1920 the station was adapted for its first motor lifeboat at a cost of £10,000.

Thomas Benjamin Richards was Coxswain for 12 years. In September 1953 he was awarded a Silver medal when the John R Webb II was launched to the St Govan's light vessel, which was sinking in a full west-south-west gale, extremely rough seas and heavy rain. They rescued the crew of seven. Bronze medals were also awarded to Bowman William Thomas and Motor Mechanic William Rogers. 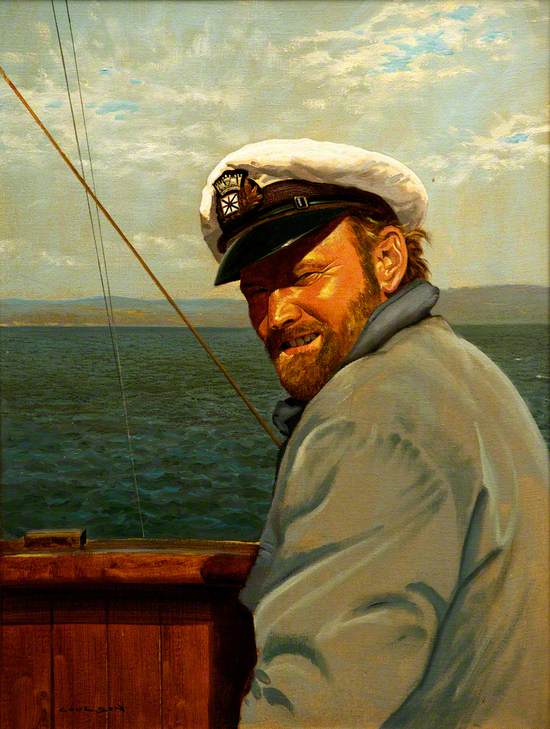 Robin Crockford operated the pleasure steamer Tenby Queen during the 1960s and 1970s, licensed to carry up to 90 passengers. It had originally been built in 1926 by Blackmore of Bideford as Worcester Castle and ran at Aberystwyth up to and after WWII. It was sold in the 1950s for conversion to a houseboat. It was later purchased and entered service as Skylark of Tolverne on the River Fal in Cornwall. In 1962 it was once again sold and ran for two seasons as Beach Belle at Paignton before coming to Tenby as Tenby Queen. By 1977 it was at Exmouth and the Registry closed it in 1983 as "beyond repair." 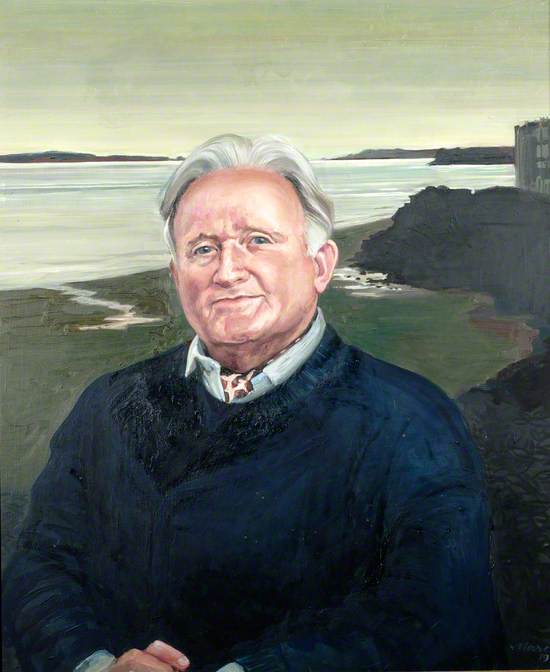 Ivor Crockford was a well-known personality in the town. He joined the lifeboat in 1938, served in the RN during WWII and took part in the Dunkirk Excavation and Normandy landings and served as coxswain of the Tenby lifeboat - the Crockford family have a long connection with the lifeboat and harbour life in the town - and in 1969 was the recipient, with the crew, of a letter of thanks from the chairman of the RNLI, Admiral Sir Wilfred Woods, for saving a boy who had fallen off a cliff and into the sea near Manorbier. Ivor was also one of the best known pleasure boat operators and served the town in various civic roles - President of the local Rotary Club, Alderman and twice Mayor and a Trustee at Tenby Museum and Art Gallery.