In recent weeks sculpture has been in the news. Statues dedicated to the white men who made fortunes from trading in black lives reflect the shameful history of the slave trade, and for many symbolise on-going racist attitudes and policies in Britain. Take a look at five sculptures that come from a very different perspective. Whether exploring a shared history of oppression, reflecting on identity, or expressing strength and solidarity: discover sculptures by British artists that tell stories about black lives. 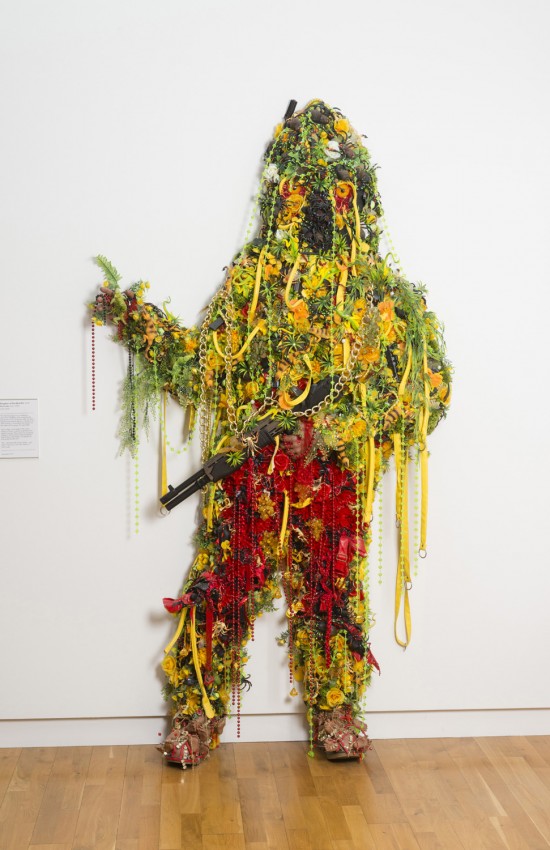 Hew Locke adopts and subverts the use of sculpture as a visual display of power. Inspired by extravagant historical paintings of European rulers and royalty dressed in all their finery, 'Kingdom of the Blind' shows an imaginary ruler made from his possessions. The wall-mounted figure drips lavishly with fake leather handbags, plastic flowers and doll parts, chains and toy weapons. On first glance rich and awe-inspiring, Hew Locke undermines the grandiose displays of wealth and power seen in these historical portraits, through his use of cheap plastic kitsch and fake designer goods. 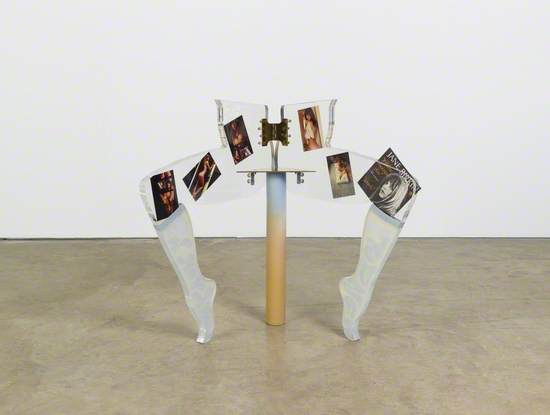 Anthea Hamilton’s Pop Art-like sculptures and installations are richly layered with inspiration from a range of sources from design history to popular culture. Images of British actress Jane Birkin adorn this chair, while the angle of the chair legs recalls the infamous photograph of the model Christine Keeler taken in 1963, in which she posed sitting astride an Arne Jacobsen chair. Engaging with the politics of looking, the suggestive splaying of the legs seems to objectify women while at the same time appearing assertive and confrontational. The legs are based on Hamilton’s own legs, and as a black woman, she has spoken of the importance of inserting the black female body into the museum and so into public view. 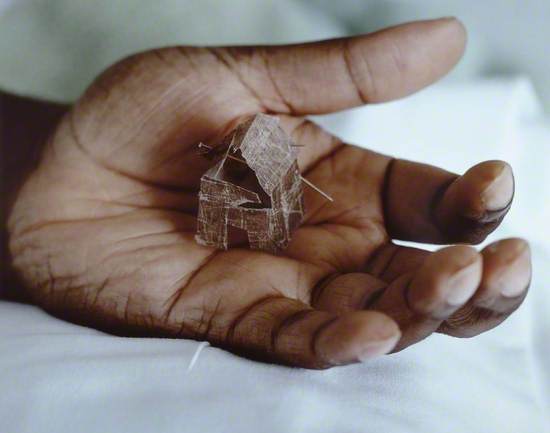 ‘In the House of my Father’ is s a photographic image of a tiny, fragile sculpture made from the artist’s own skin. The skin was removed during one of the many operations Donald Rodney underwent while being treated for sickle cell anaemia, a debilitating disease that affects people of African, Caribbean, Eastern Mediterranean, Middle Eastern and Asian ancestry. Rodney’s parents emigrated to the UK from Jamaica. By referencing his father and his home in the work’s title, Rodney addresses his personal sense of family and identity – as well as the inherited nature of the disease. He also explores universal themes of human fragility, sickness, and mortality in this moving and powerful artwork. 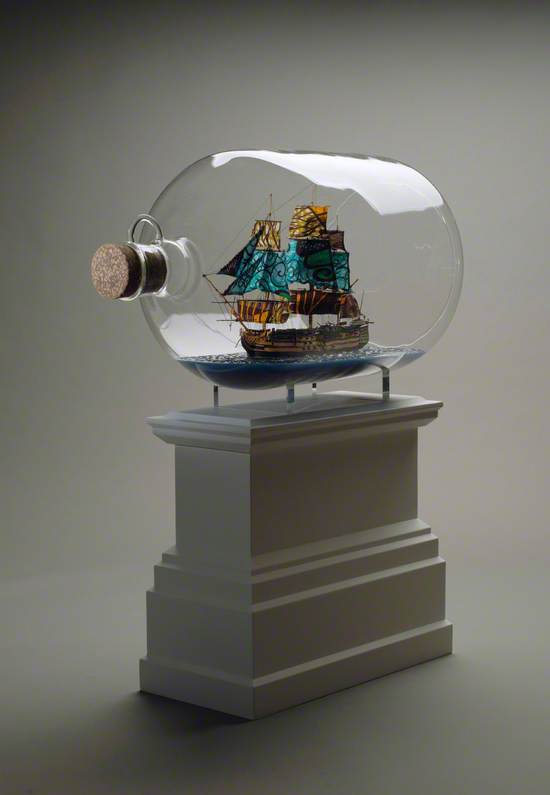 Instead of standard white sail-cloth sails, Yinka Shonibare has used brightly-coloured fabric for the sails of his scaled-down replica of the ship that Admiral Nelson captained. Nelson used his seat in the House of Lords and his position of influence to perpetuate the slave trade. By using a fabric that is commonly associated with African dress, culture and identity, Shonibare highlights the links between British colonialism and its expansion in trade and empire, with the lives of African people who suffered as a result of slavery. 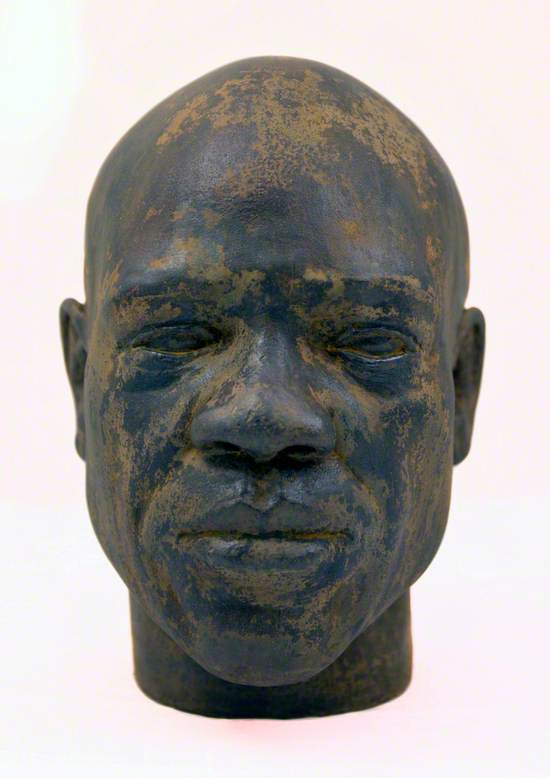 This portrait of contemporary artist and writer Raimi Gbadamosi contrasts starkly with sculpted busts and statues of historical figures. These are often carved in marble, mounted on plinths, sometimes adorned with wigs and togas, and generally accompanied by an inscription describing the sitter's achievements. This head, cast in iron, is not embellished or explained. The rust patina suggests an archeological find and gives the head a timeless quality. Martin often includes historical and political references to colonialism and the slave trade in his work. As well as being a powerful portrait of an individual, the head appears symbolic – paying tribute to a long history of black lives and culture.