Following the outbreak of the First World War, the British government began to recruit volunteers to sign up for the army. Far outnumbered by European forces such as France and Germany, who had up to 70 divisions, the government commenced an all-guns-blazing recruitment campaign. Signing up to fight was voluntary from 1914 - 1915, and it was up to the Parliamentary Recruiting Committee (PRC) to make the war appear desirable. Scroll through the exhibition to discover the art of Highland military recruitment.

The Highlanders’ Museum has a fascinating selection of military recruitment posters, all of which are available to purchase as prints in the Art UK shop - just click on an image, and select 'Buy Artwork Reproduction'. 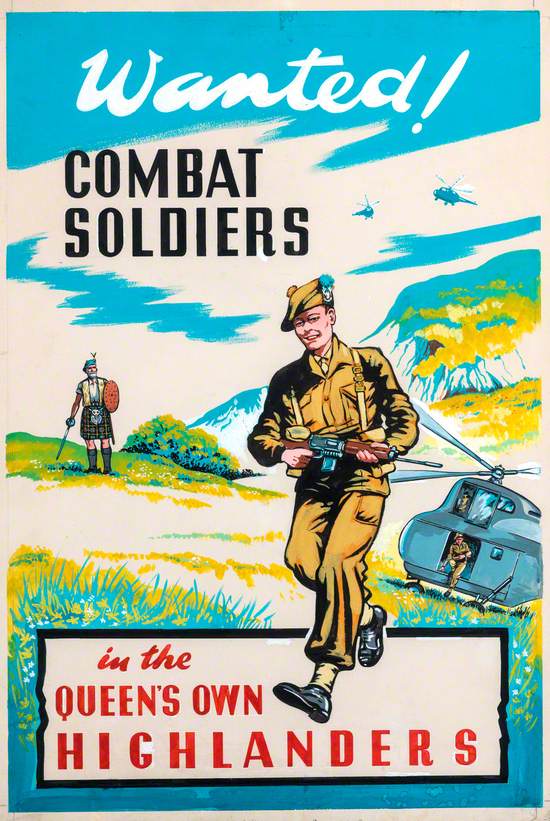 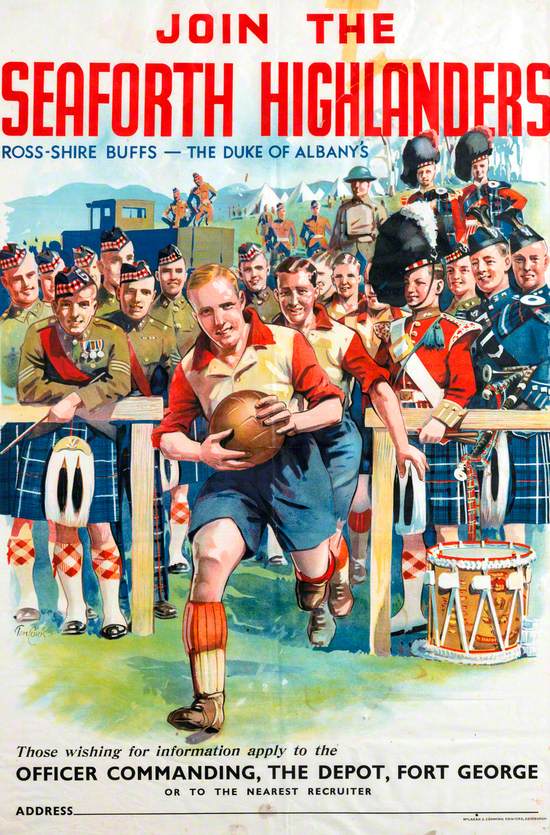 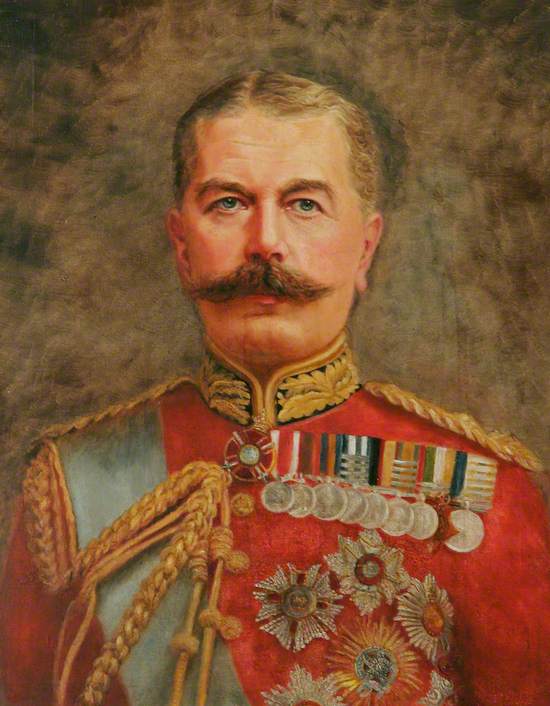 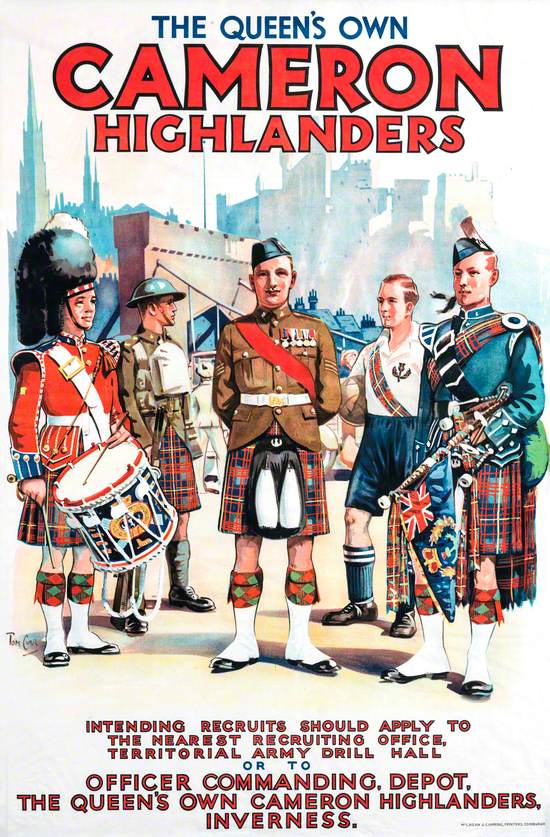 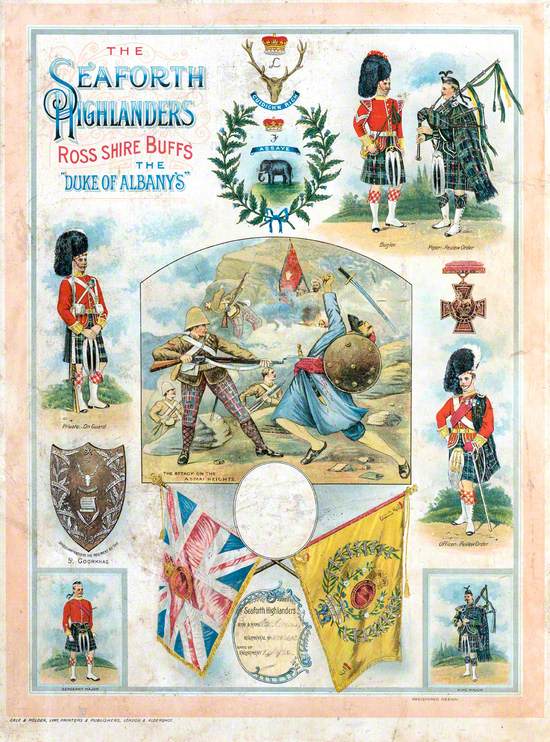 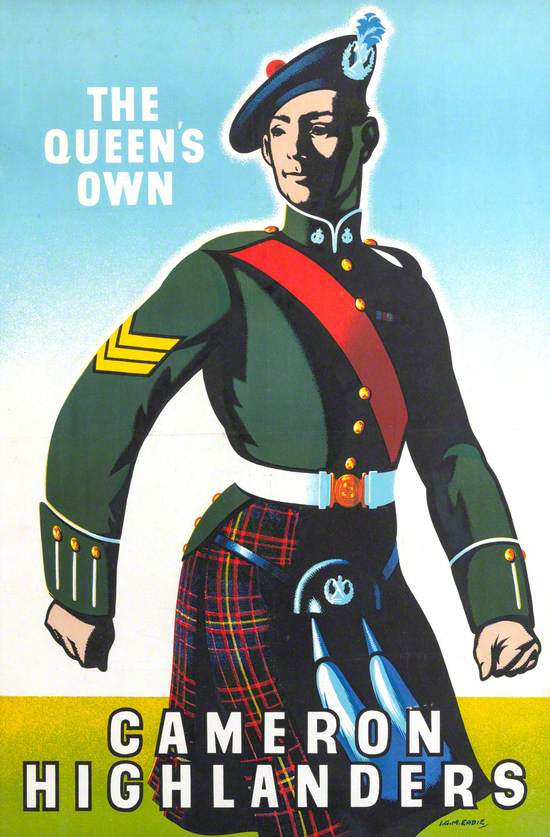 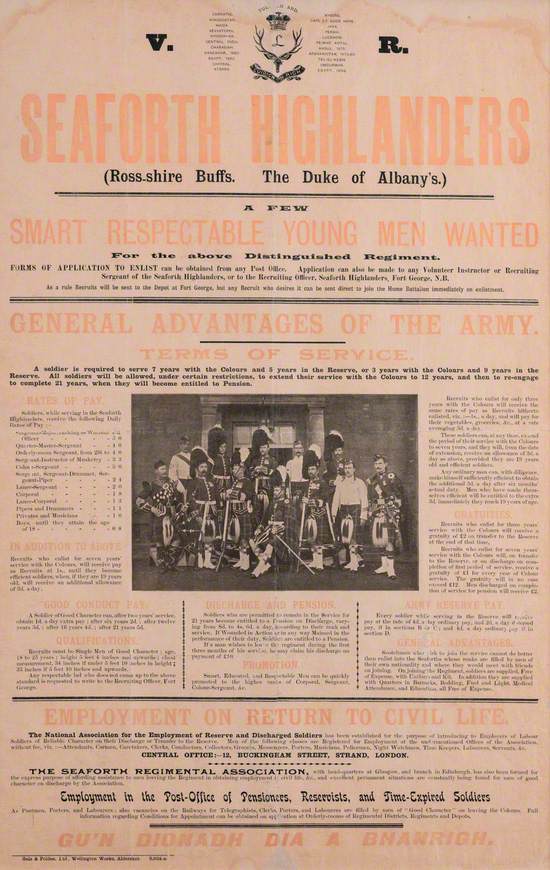 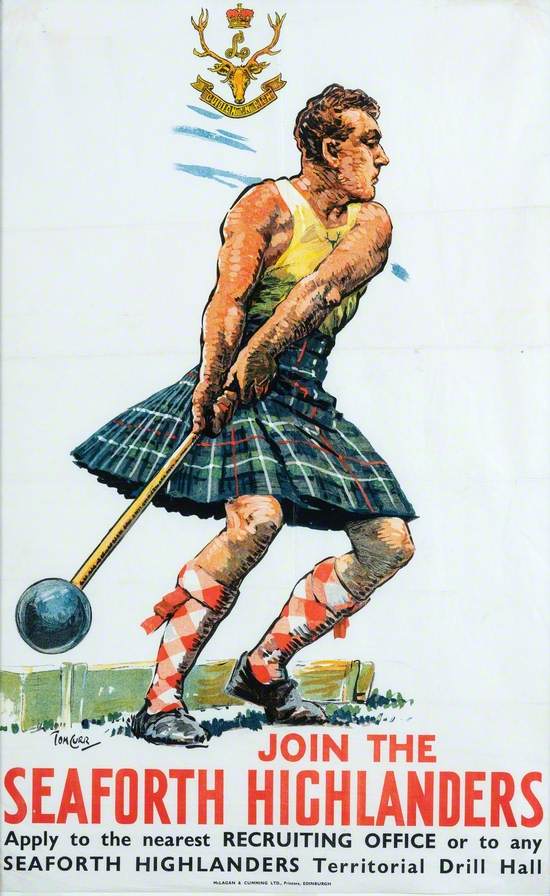 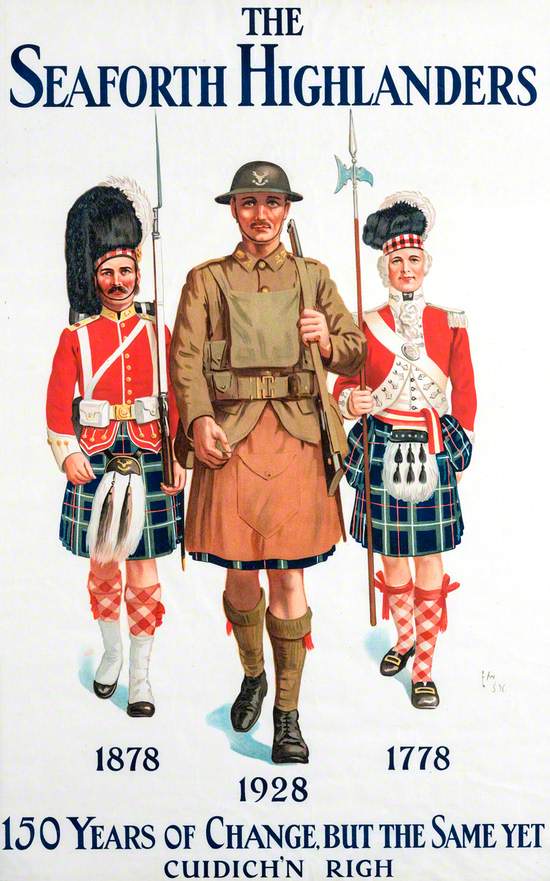