This exhibition explores the art and culture of 1960s Britain through some of the most significant paintings and drawings from the Swindon Collection. It features work by Richard Hamilton, Howard Hodgkin, Michael Craig-Martin and Mary Fedden.

The 1960s was an exciting time in British art. Against a backdrop of growing wealth, pop culture and personal freedom, a new generation of postwar artists were attending London’s art schools, surrounded by an unrivalled cultural scene. British art was infused with the challenges and opportunities found in 1960s Britain, including the tension between personal expression and social responsibility. 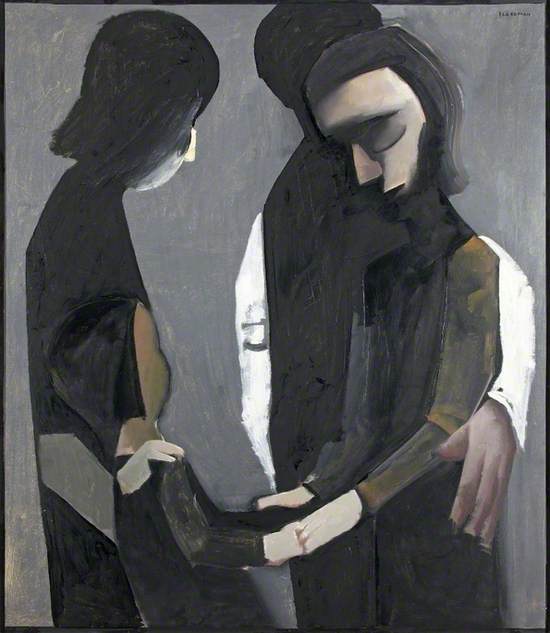 Blackman is an Australian artist who regularly focuses on the human figure in his art. This bold painting shows a group of figures painted in black and grey.

This painting was given to Swindon in 1962, one year after Blackman featured in an important exhibition of contemporary Australian art at the Whitechapel Gallery in London. 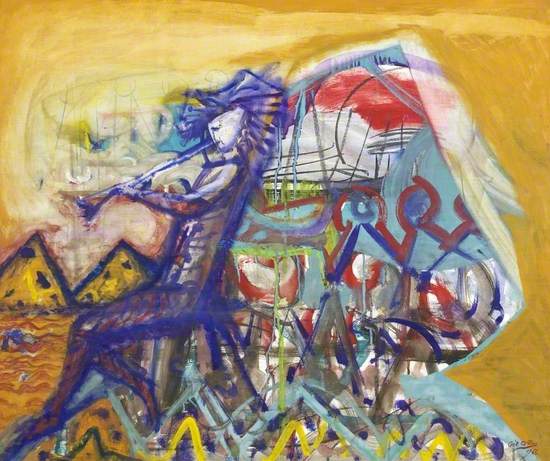 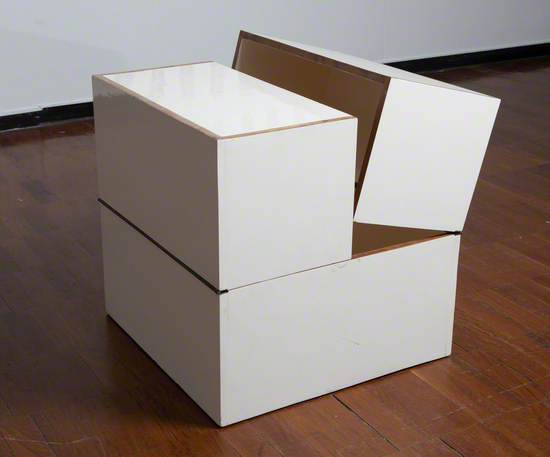 Michael Craig-Martin was born in Dublin Ireland in 1941. He grew up and was educated in the United States, studying Fine Art at the Yale School of Art and Architecture. He has lived and worked in Britain since 1966.

Craig-Martin began making constructions using a variety of materials and colouring them white or silver or leaving the natural wood finish. 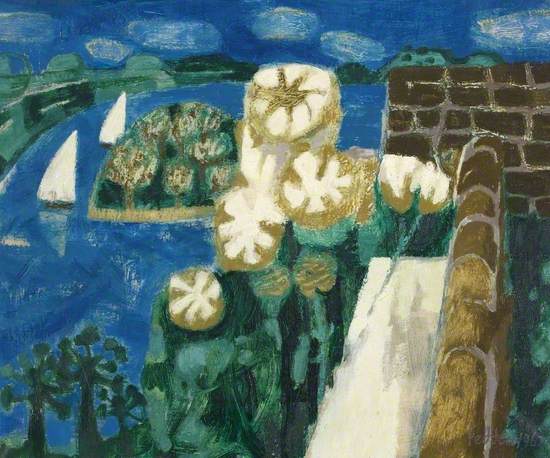 Fedden painted this picture ‘from the garden wall, looking upstream to the island, Chiswick Eyot. It is high summer because angelica and cow parsley are out in the quay in June.' 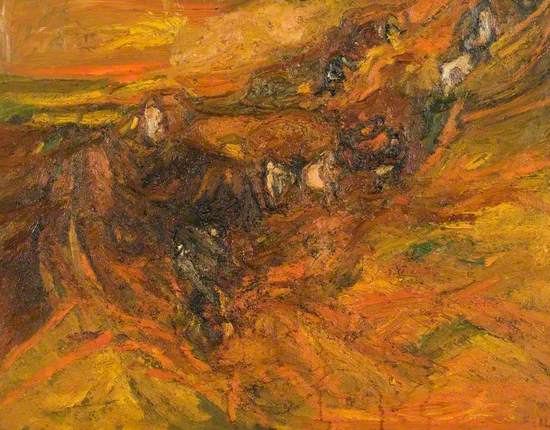 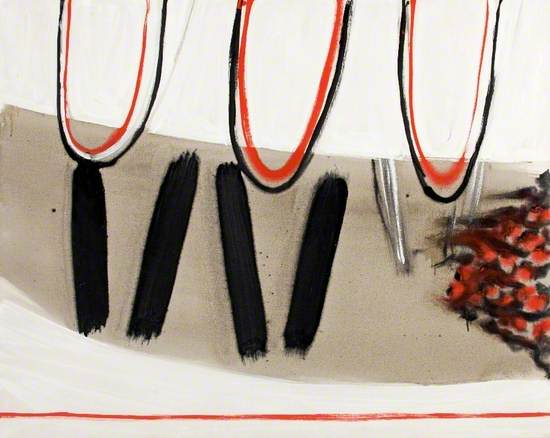 Terry Frost left school and had a variety of jobs before joining the Commandos in 1939.

Frost first visited St Ives in 1946 and was influenced by Ben Nicholson and Barbara Hepworth. The artists at St Ives encouraged Frost to move towards abstract painting. He combined this with an interest in modern European art and the work of the great American abstract painters, like Barnet Newman and Willem de Kooning.

This painting was made at an important stage in Frost’s career. The three curves at the top of the canvas were inspired by Rubens painting of three goddesses. The work is inspired by women, in Frost’s words, “perhaps from a time when woman ruled the world". The smear of thin grey paint suggests a reclining figure. 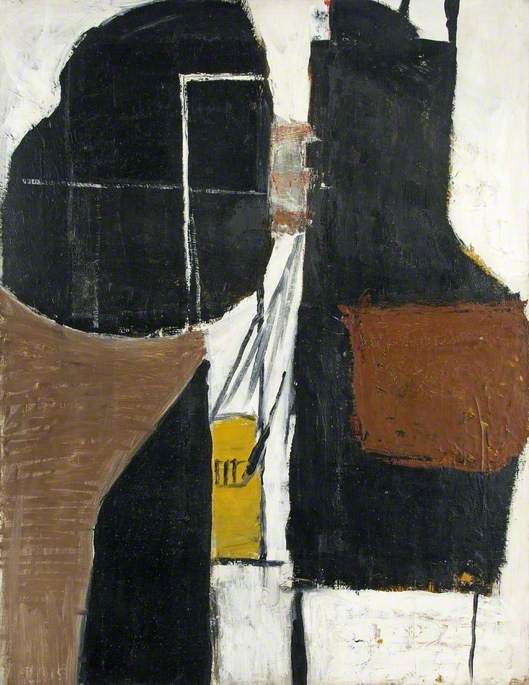 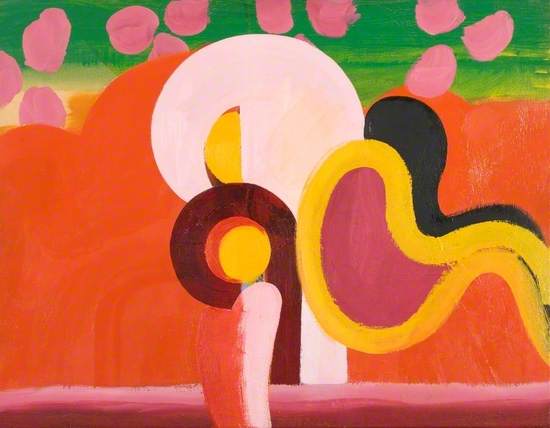 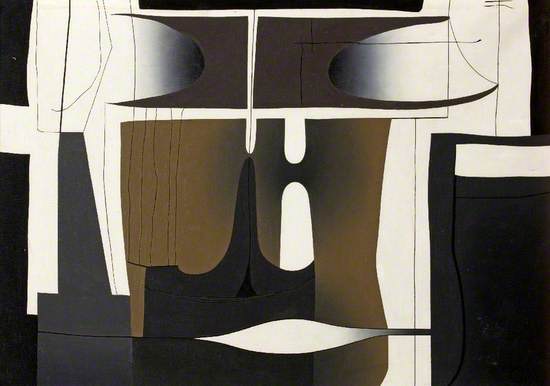 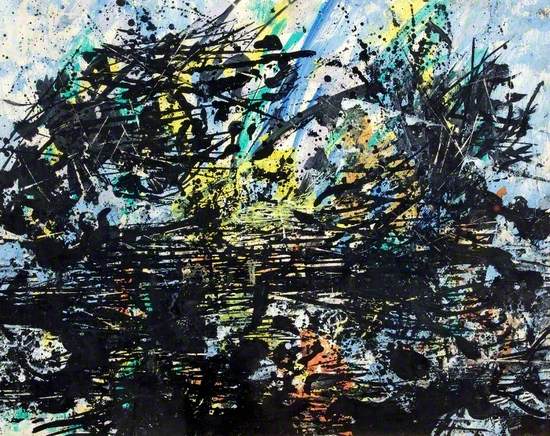 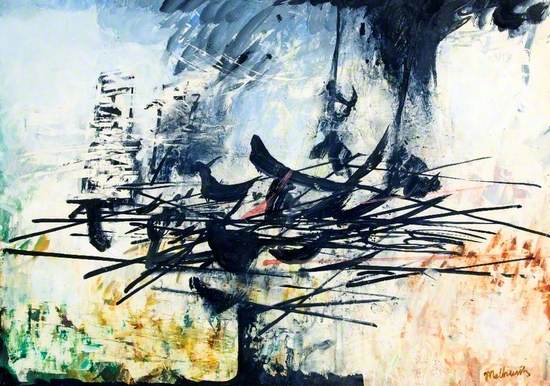 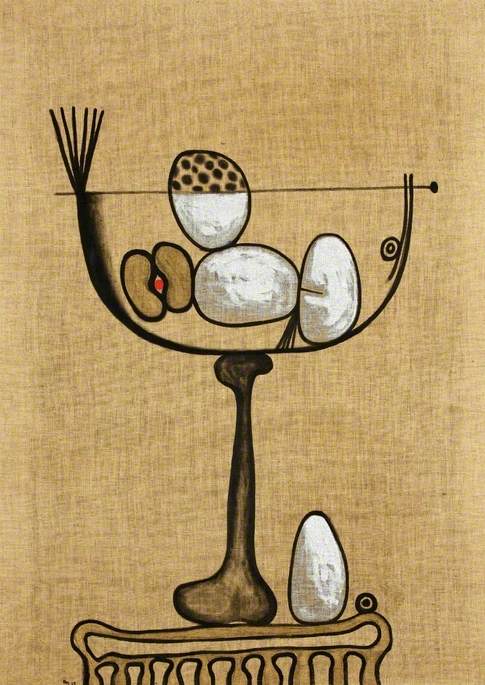 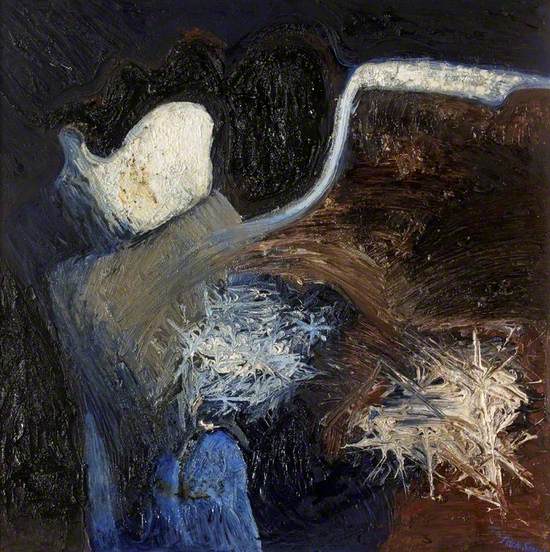 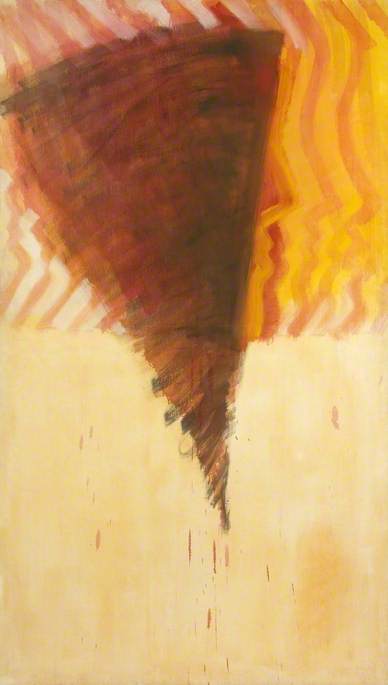 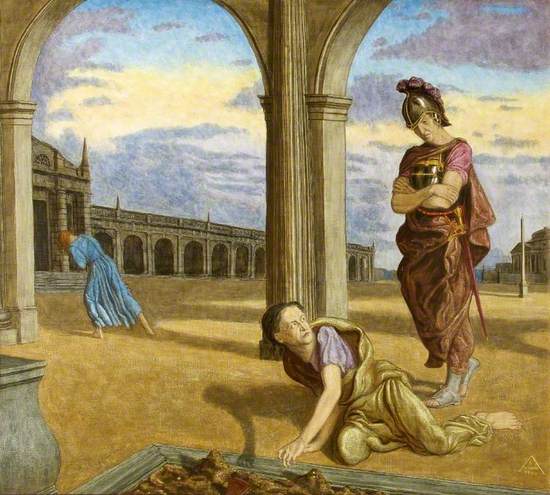 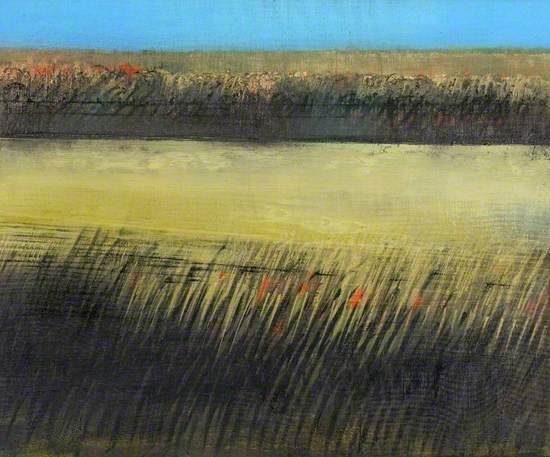 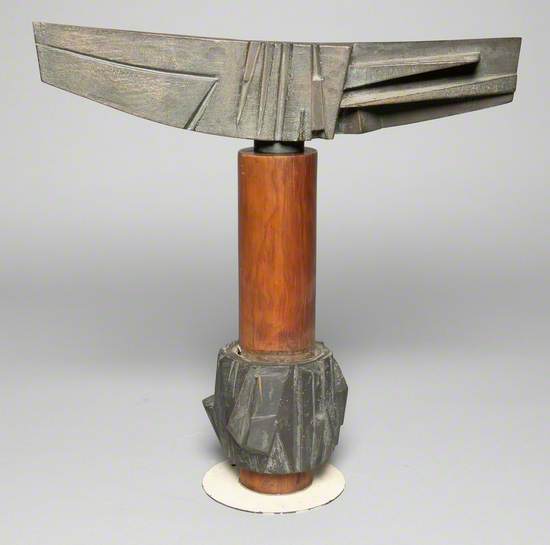 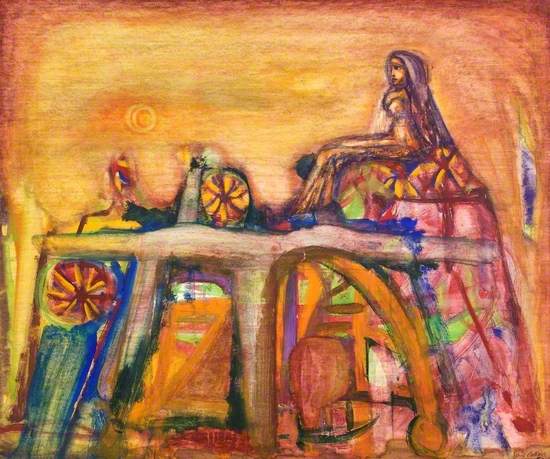