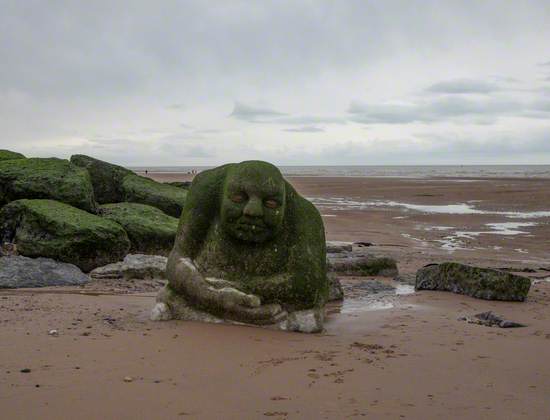 'The Ogre' is one of a series of artworks and features that animate the Mythic Coast story trail along Cleveleys promenade in Lancashire. 'The Ogre' is green with shiny red eyes and only becomes visible at low tide. The artworks were inspired by the storybook ‘The Sea Swallow’, written by Gareth Thompson and illustrated by Hannah Megee which tells the tale of an Ogre stirring up the sea with his giant paddle, threatening the whole Wyre waterfront community, only to be thwarted by the story's hero Mary and her golden shell. 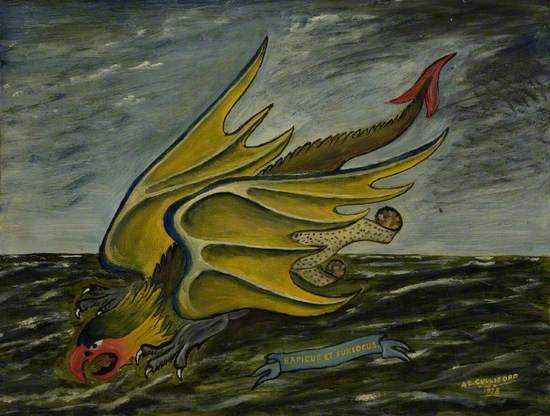 Gryphon swooping over the sea. The badge of HMS 'Furious' (Royal Navy aircraft carrier 1917 –1948) is the head of an eagle. A gryphon or griffin is a mythical monster with the head and wings of an eagle on the body of a lion - a good symbol of the airborne power and aggression of the Fleet Air Arm. 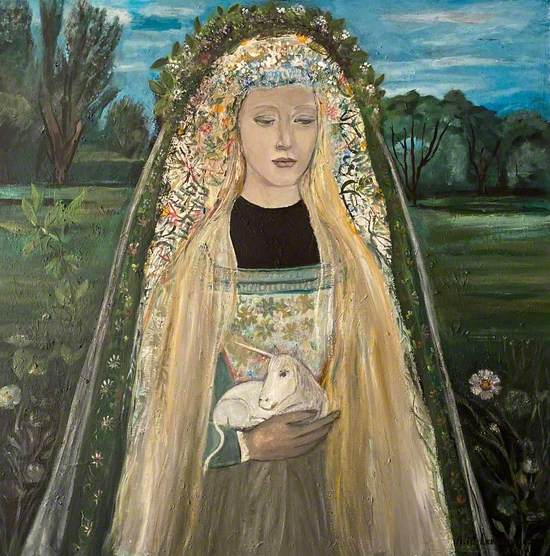 Woman with a Unicorn 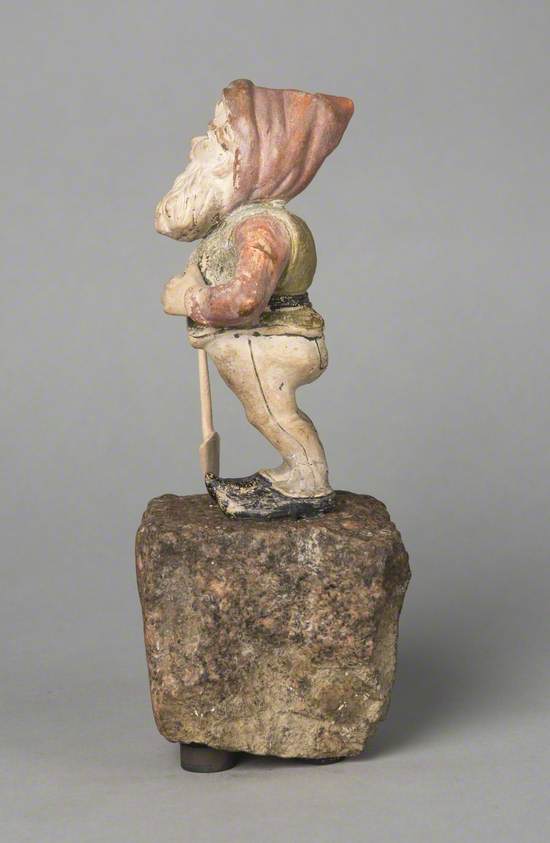 The Lamport Gnome is the oldest garden gnome in the world. Imported from Nuremberg by Sir Charles Isham, 10th Baronet, gnomes were originally owned as house ornaments and as good luck tokens by miners. Sir Charles populated his rockery with a workforce of his ‘little people’, and the garden gnome was born. Of 150 gnomes originally imported, this is the only survivor, saved from the ravages of the war and the weather by falling into one of the crevices.

A highly popular figure, the Lamport Gnome has travelled to Singapore, Australia and New Zealand where he is regarded as the most venerated of those Guarding Naturally Over Mother Earth (G.N.O.M.E.).